25 Jan 21, 00:02
Started these guys before the 9th codex was dropped as I foolishly thought they were going to be good in the new book... however that's not looking the case now.
But i planned to have the squad of 3 (one of which was done eavy metal style over a year ago) anyway.
One has been converted with holes in the armour and maggots and extra eyes and is going death guard green. The other is being kept OG but will be going white. Both have been primed then undercoated dark brown and orange rust respectively. Then chipping fluid applied. Then top coat of green and white. Chipping done. Then i have used gw washes through the airbrush to try and force some shadows in the parts of the vehicle armour that may get less light. Overdone it a few places but like the effect.
This evening ive started blocking in Balthazar gold carefully which has been painfully slow!! 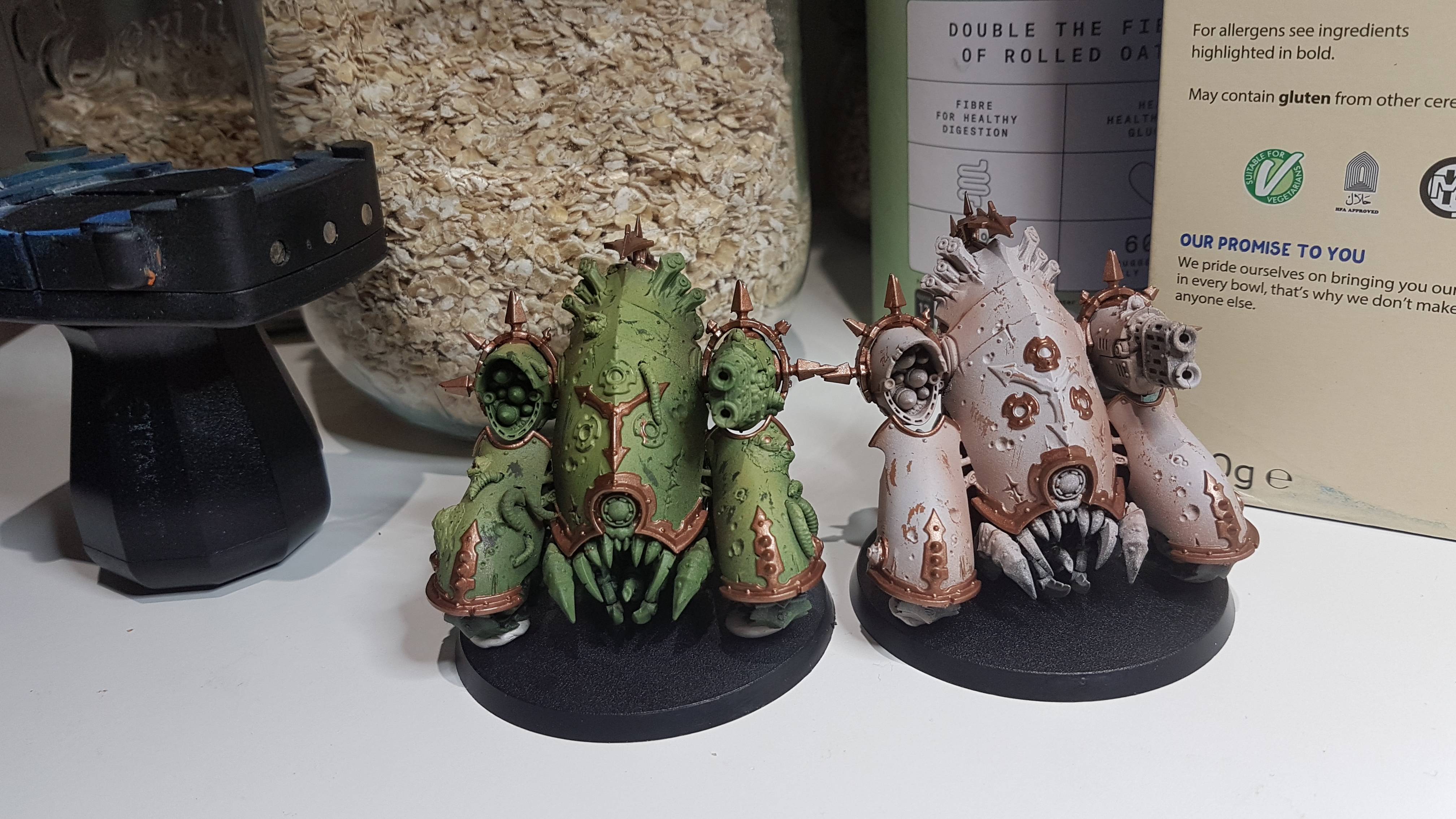 Next step will be the fleshy parts and bones. 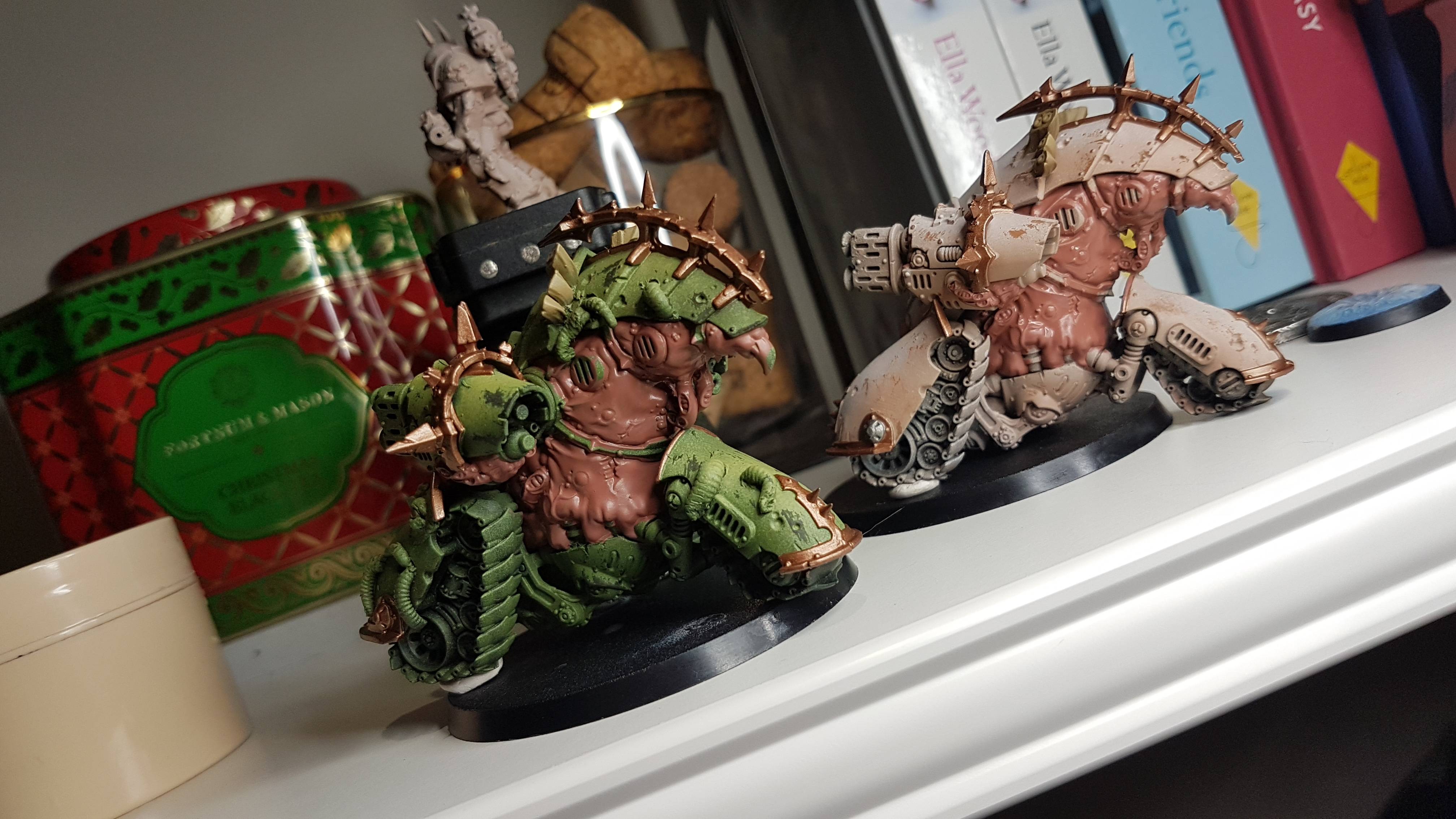 I need to try and pin these suckers. Blue tack on the tracks aint efficient when trying to get underneath them!
Not sure whats next at this stage.... airbrush will be used for the flesh at some point soon.

I was thinking these are abit useless at a 140 points.. but ive just noticed the multi melta is now 2 shots and more damage. So whereas we did have two one shot weapons at 4+ we now have 3 shots at a 3+ with extra damage. And now it has one extra wound. Also the stratagem for reducing shots against them is powerful so maybe running two will be quite effective. Shame as i planned to run the 3 (including one i painted ages ago).

26 Jan 21, 14:08
Yeh given that our access to multi melta is limited, I'll take the points increase on the chin for the extra shots, damage and accuracy hahaha
James liked this
RUST. ROT. RUIN.

27 Jan 21, 02:07
Managed to get abit further. Metallics all based. Maggots and fleshy conversions close to done. Unsure on eye colour tho. 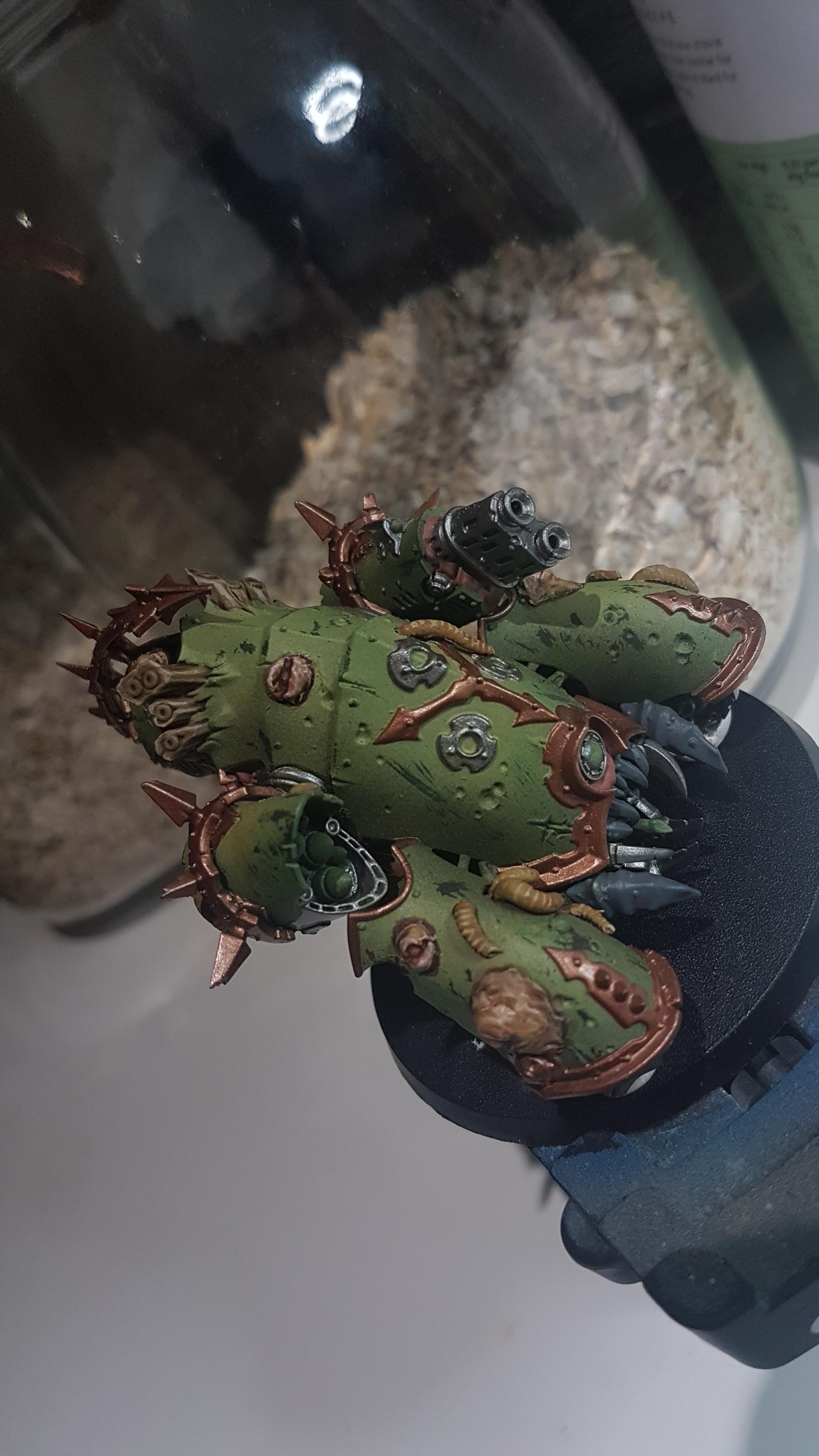 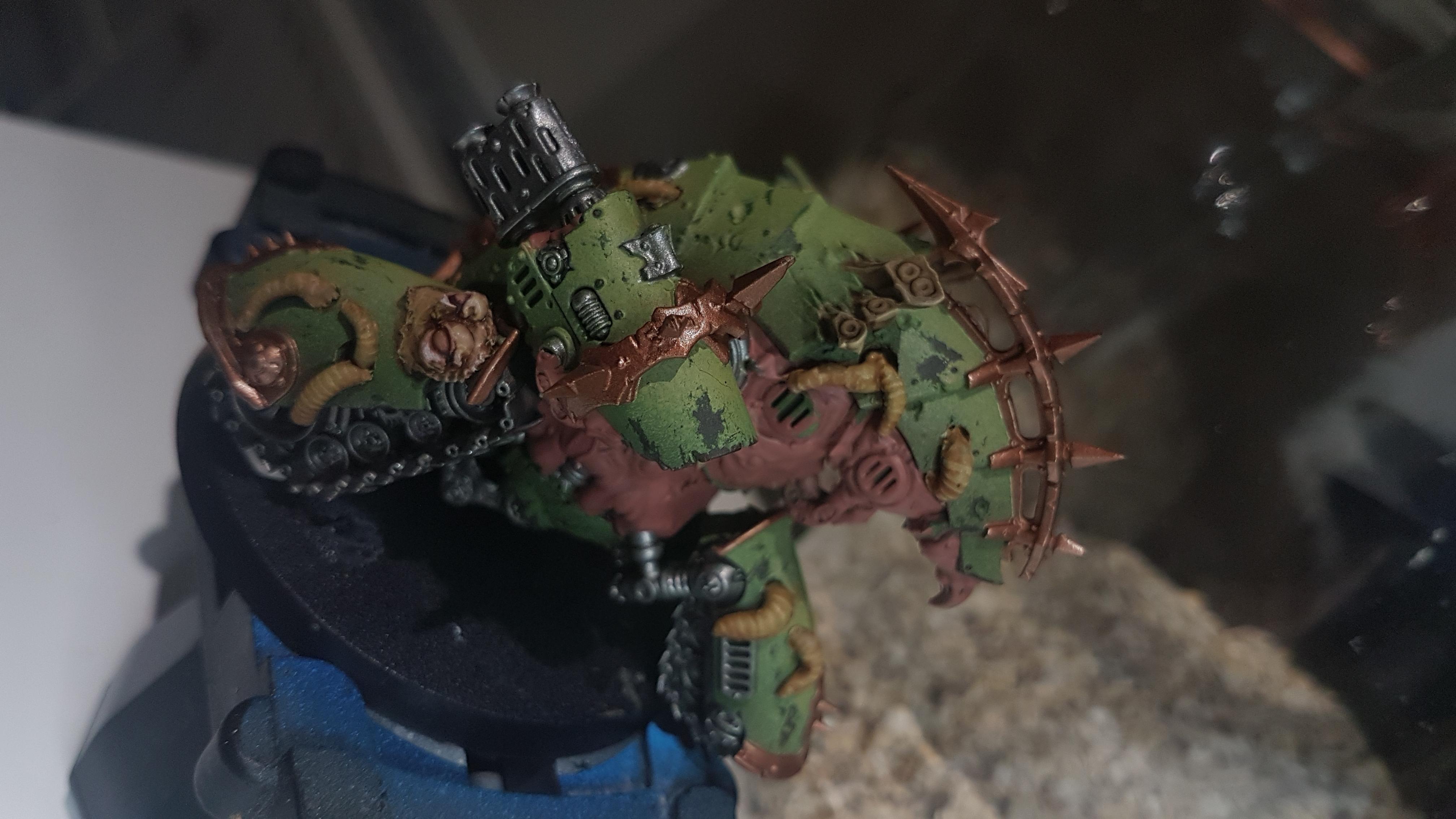 ). The maggot/tentacle/eyework blends in nicely too with a bit of paint on them!
Paying full price for your models, paints and tools? Don't!
Use our banners after the first post or at the bottom of the page for 22% off RRP, and 25% off pre-orders!

27 Jan 21, 21:27
Any suggestions for the eye colours? The main eye on all my guys are humanoid eyes.. but wasn't sure about all red.
Yeah happy with them overall so far, may need abit of work too bruise up edges of the flesh patches.
Edit: managed to get a wee bit of hobby time in so started blocking last bits of colour in for mouth and rockets. I think white regular human eyes is gna look best. 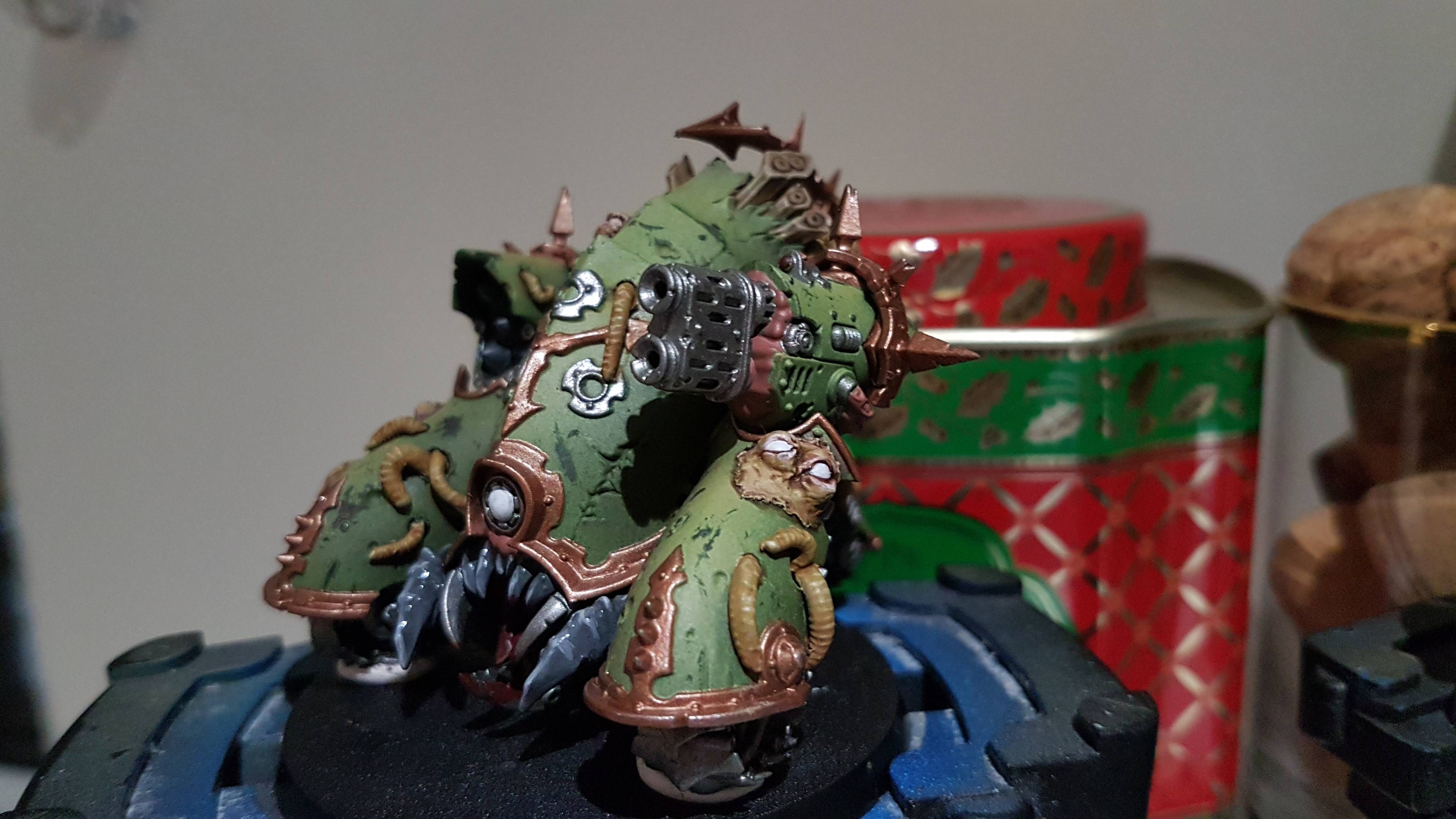 could be a good uv resin application tho