02 Feb 21, 14:10
Decided i wanted a proper model for a standard bearer since the sigil option looks like a must take for plague marines but also couldnt be bothered to pay for one.
This is the first proper kitbash ive done really beyond swopping arms.
Ive used what easybuild plague marines I've had bits for and managed to get it to work.
Main body and shoulders and banner arm from etb champion. Bolter from etb marine. Chest and head from a dark imperium pm. Banner pole from 2nd edition sm banner pole. Sigil from plaguebearers set. 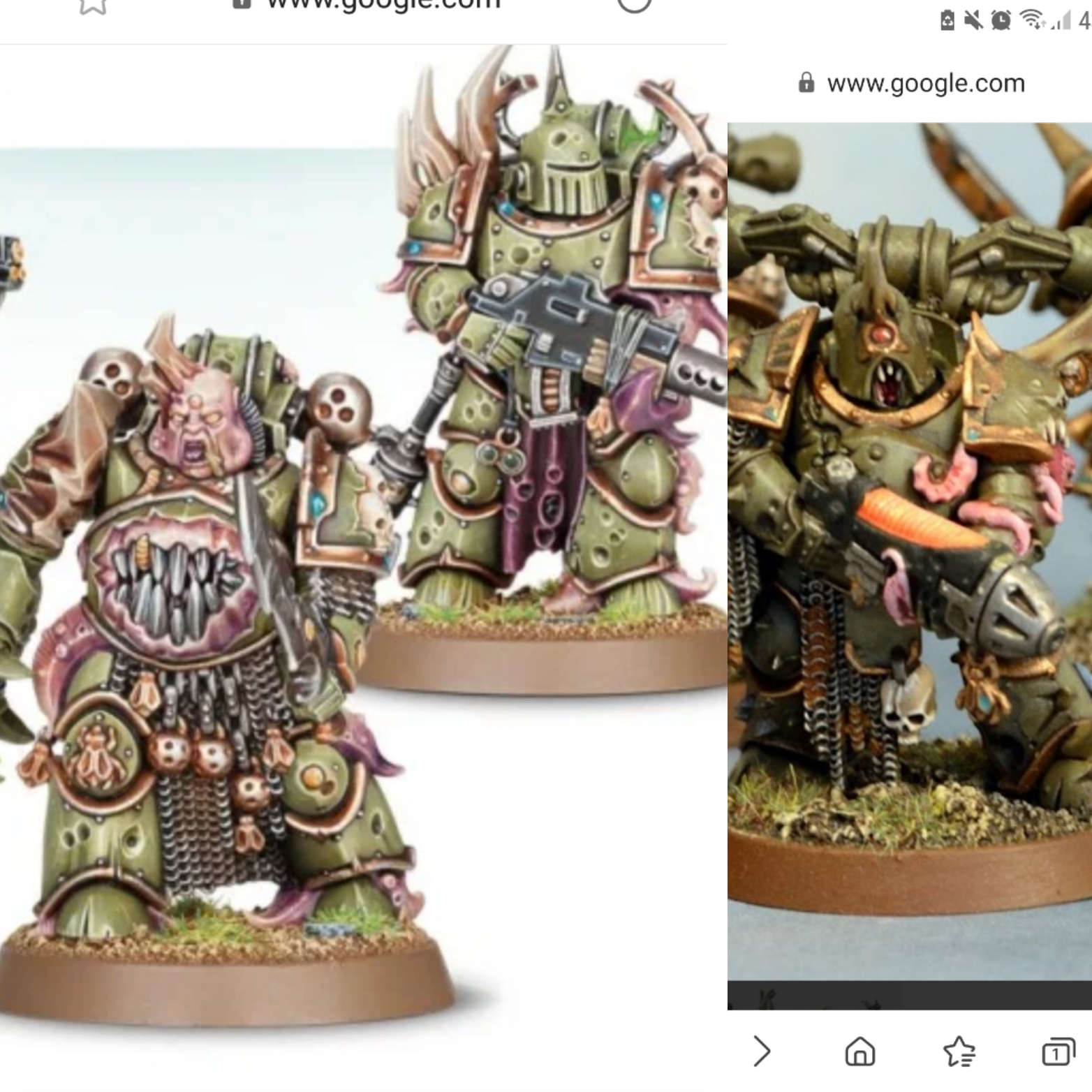 Had to cut half the torso from the champion. And replace with DI marine chest and head.
Used shoulders from champ. Banner arm is standard. For the bolter arm I've had to cut and modify at elbow and wrist. Banner was easier. 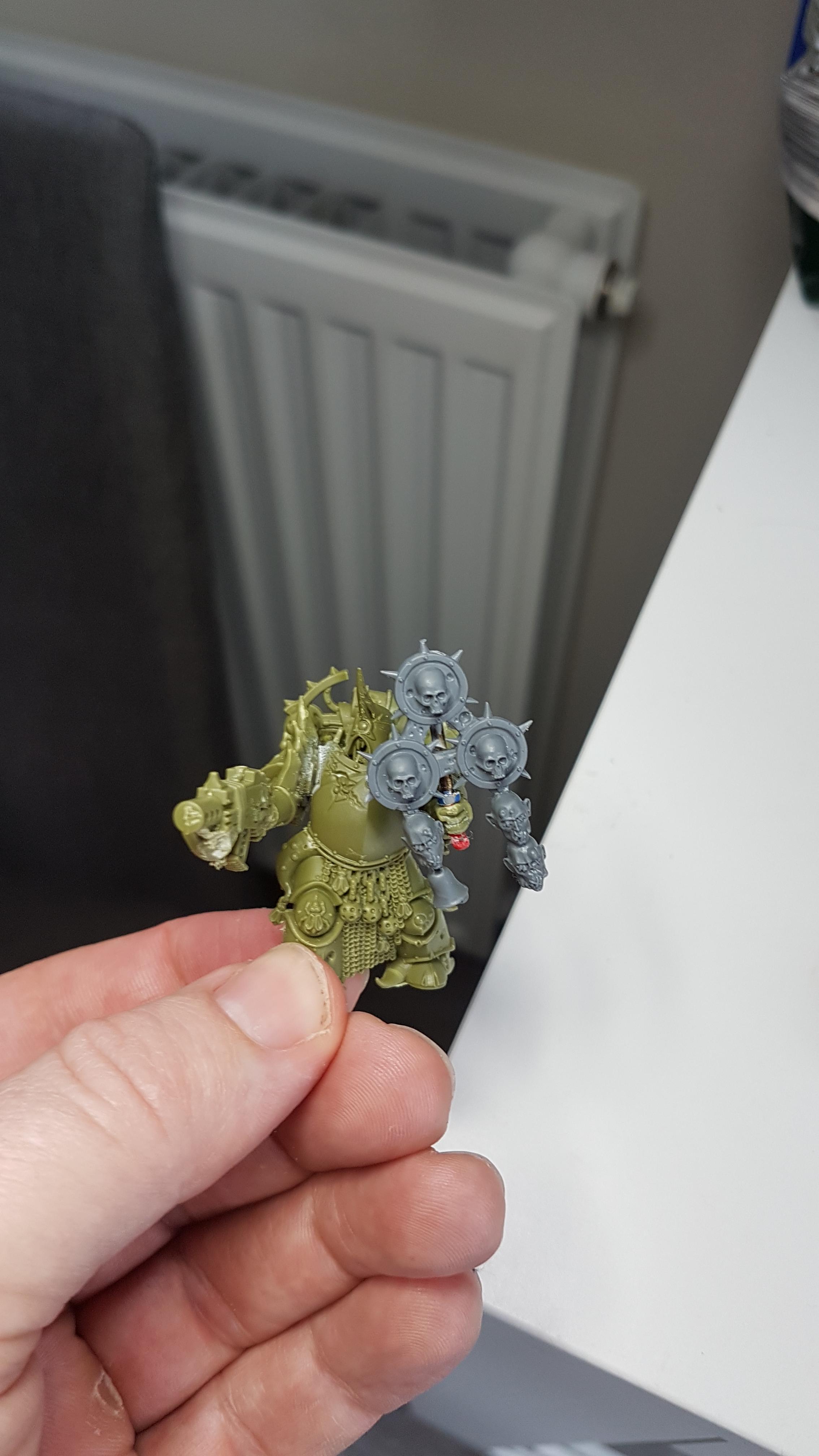 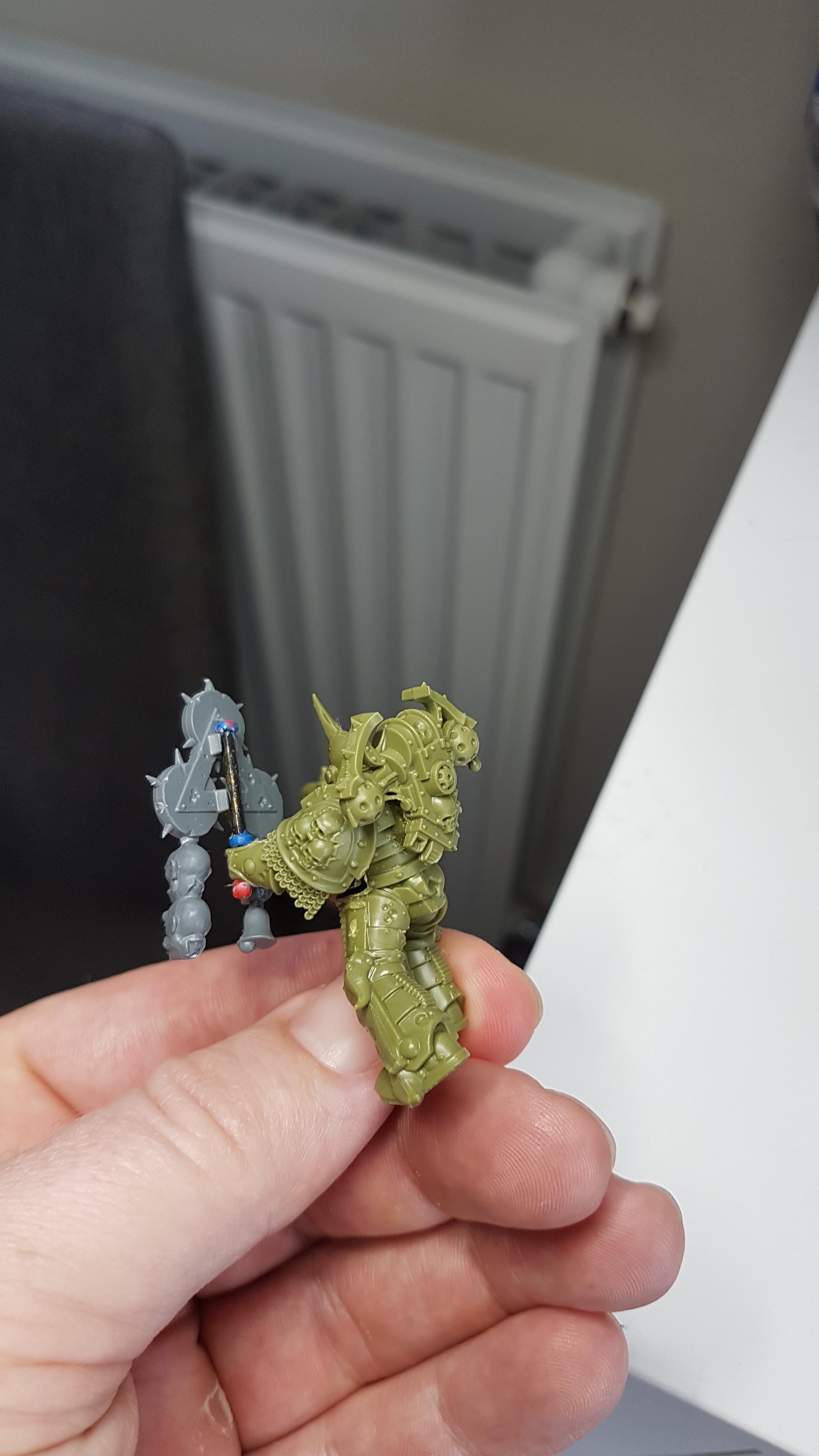 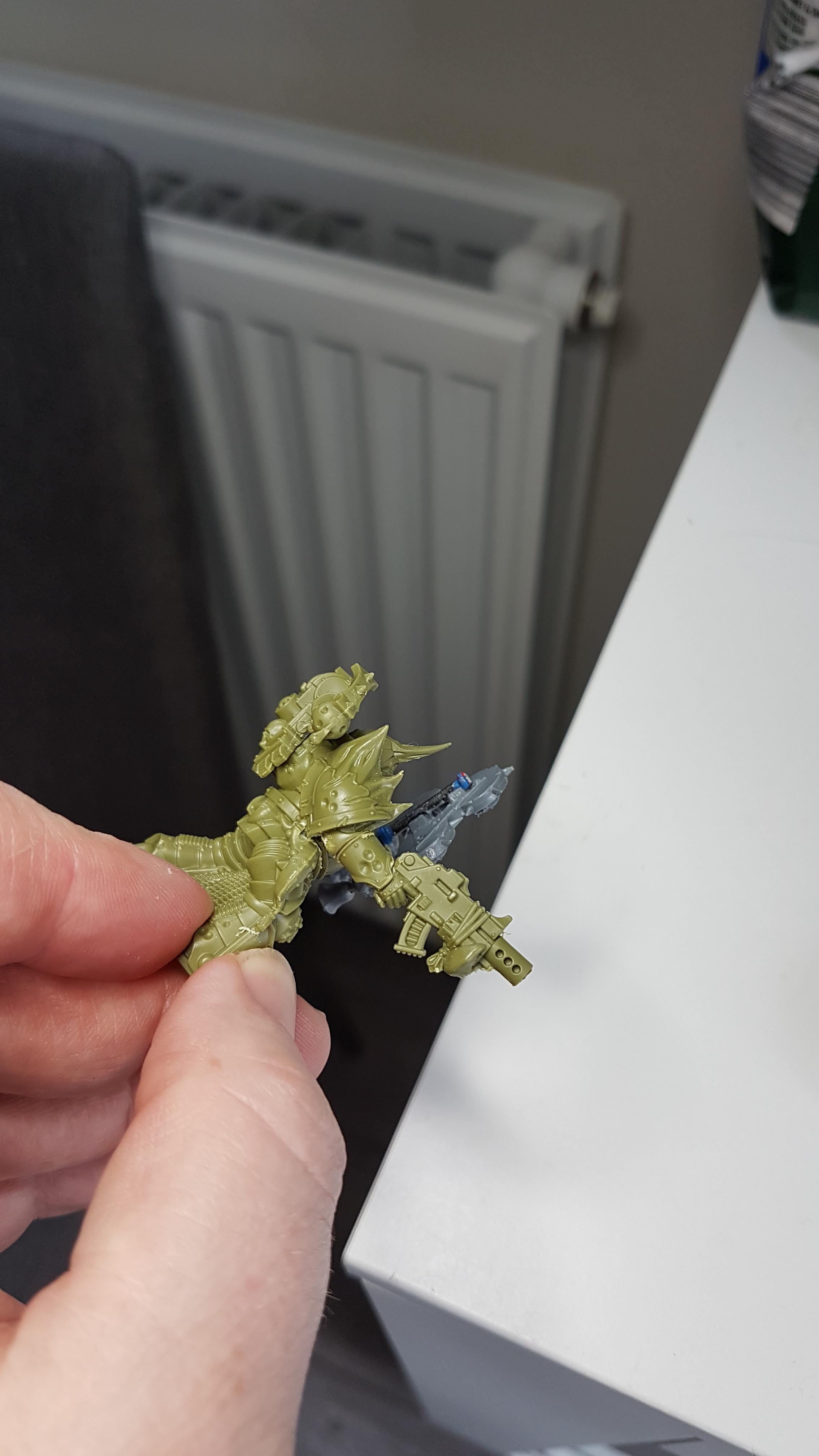 Am quite chuffed
pawl liked this

If I might make two suggestions? There's the remains of a tentacle on the Bolter still - would it be worth either removing or extending it perhaps? And the only thing that I think feels off about the model is the banner pole - with it being so short it almost looks more like a flail than banner! Perhaps extending it would make it more obvious what it is?
Paying full price for your models, paints and tools? Don't!
Use our banners after the first post or at the bottom of the page for 22% off RRP, and 25% off pre-orders!

03 Feb 21, 23:15
Yes dont worry I've not forgotten about bit! Im thinking about trying to do a multistrand bit and wrap around arm and join in the under the arm pit.
Standard yep agree it's not regular size lol. I could try to extend it abit but i dont have any if the right bits really and other consideration is stability etc.. this would (covid willing) be travelling around and spreading nurgles love.. so id worry making it much longer would be risky.
Edit: caved into your ocd @pawl 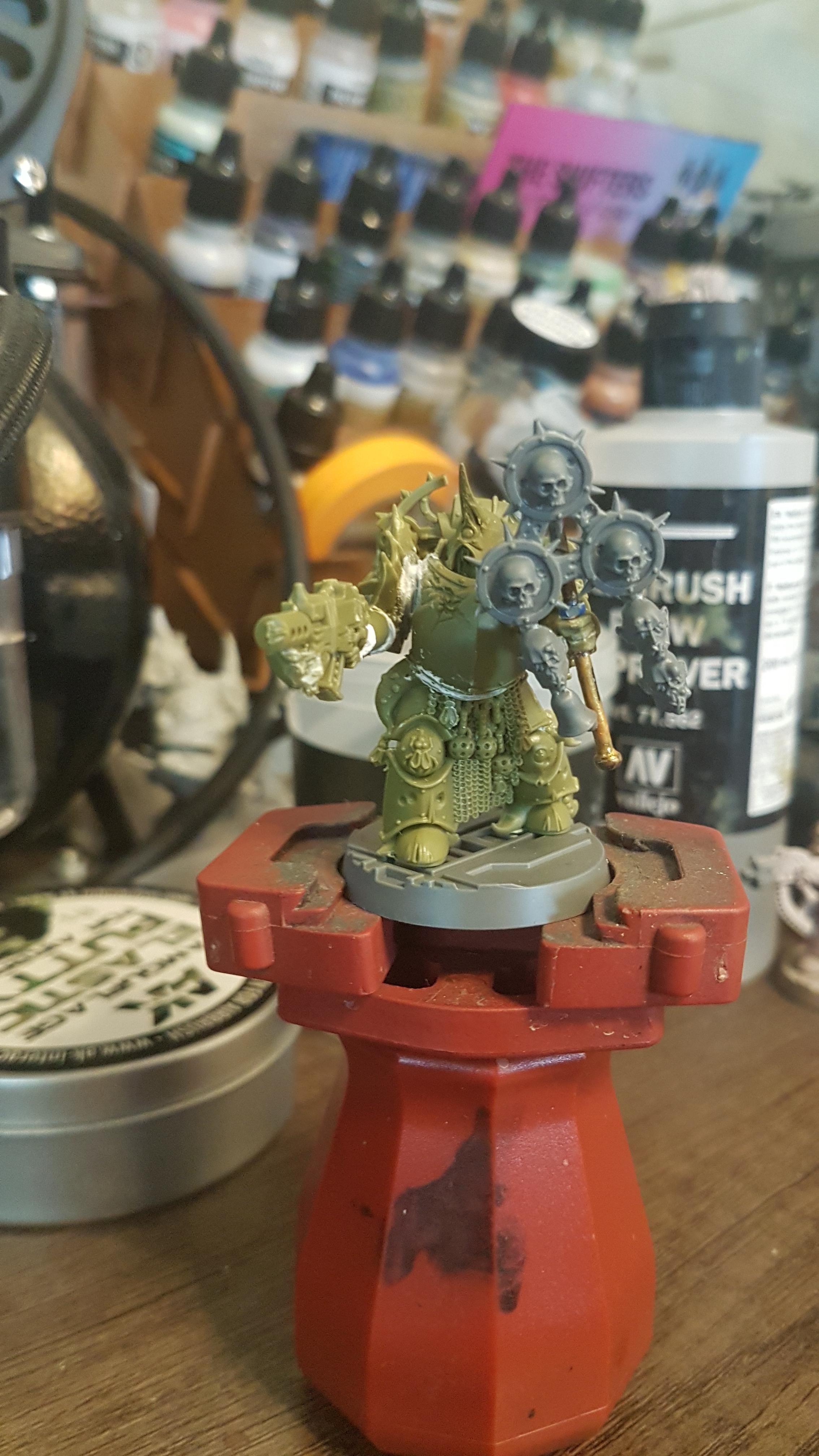 And yes i know its not perfectly straight but itll do

Banners need to be seen, can't just carry it in your hand. You know it was the right thing to do

Maybe more of a symbol of decay hehe. Altho sigil does just refer to a symbol so could even just be on his backpack really.
And ive just done the tentacle. Abit thicker thab i envisioned but im happywith it. 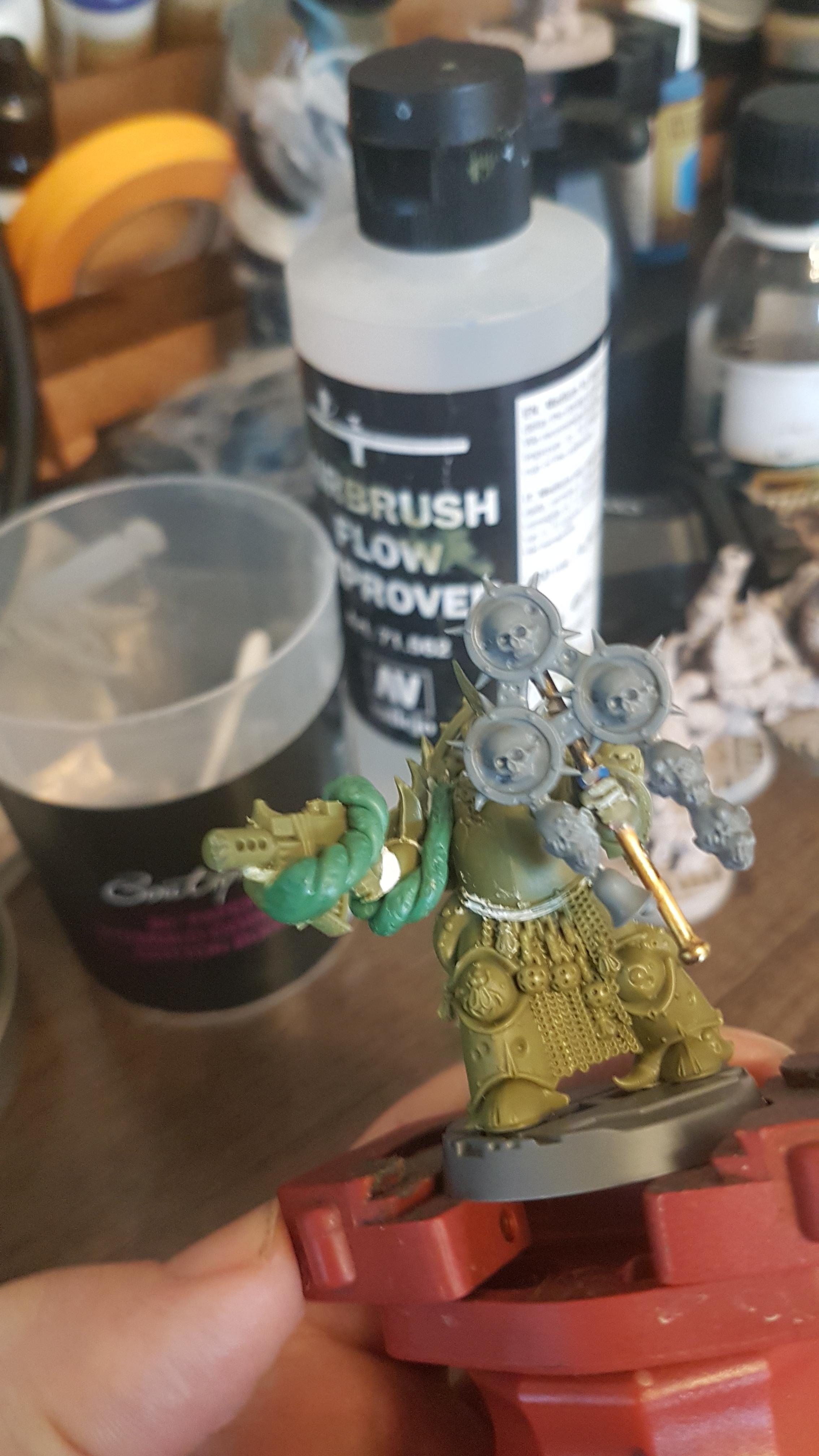 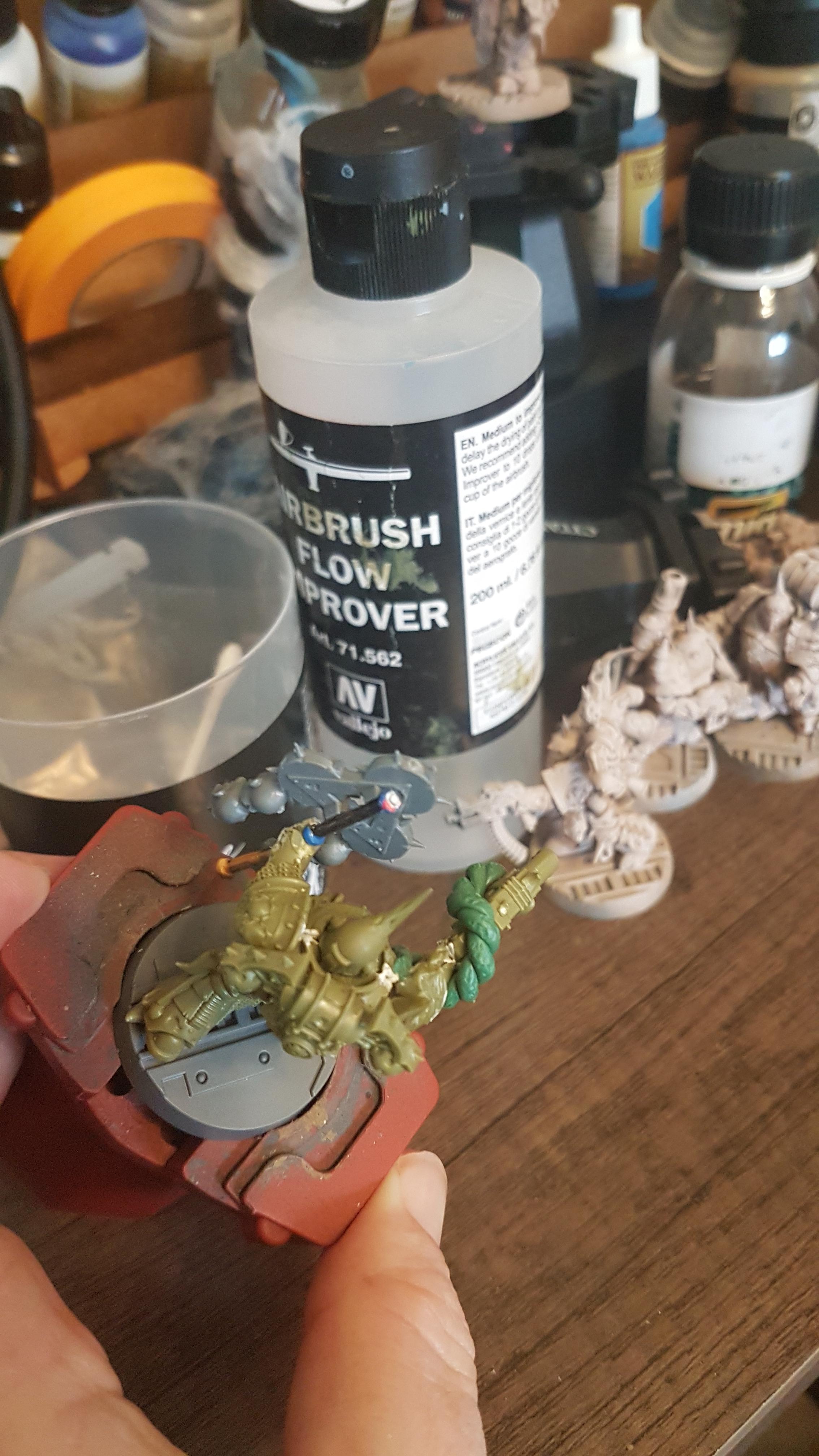 09 Feb 21, 22:03
Ok so I'm gna use this guy for the blackshields contest for the race for terra!
So he needs to be black which won't really fit my scheme but what the hell.
So my thinking is this guy was green and then the armour has been covered in black but then hes got twisted by nurgle in da warp and is starting to phase in and out hence the shifter paints! 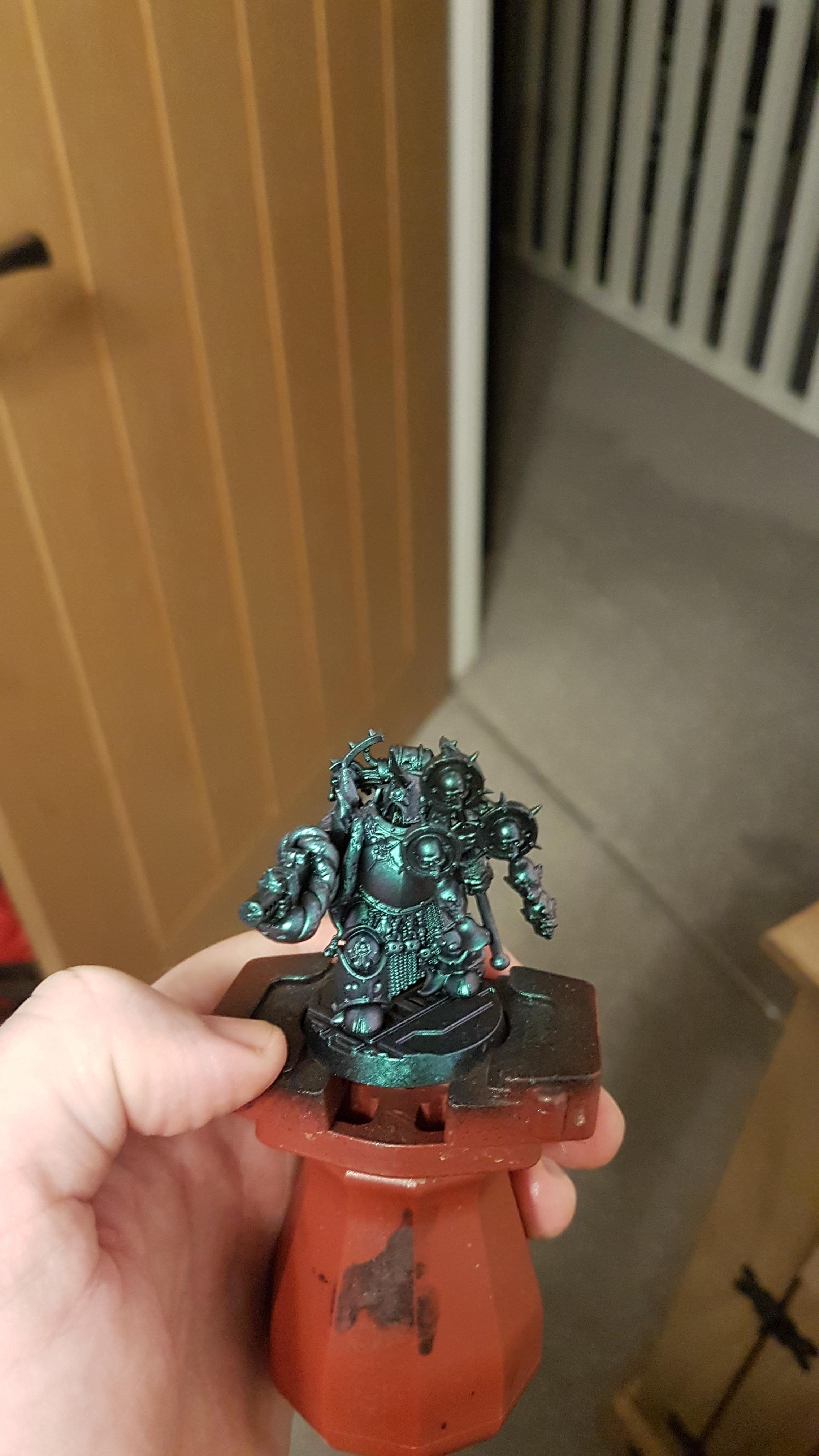 Ill be using masking fluid for the first time instead of chipping fluid as it can alter the look of the undercoat paint.
Pharia liked this

10 Feb 21, 01:38
Heretic Blackshields?! Not something you see very often!
Pharia liked this
Paying full price for your models, paints and tools? Don't!
Use our banners after the first post or at the bottom of the page for 22% off RRP, and 25% off pre-orders! 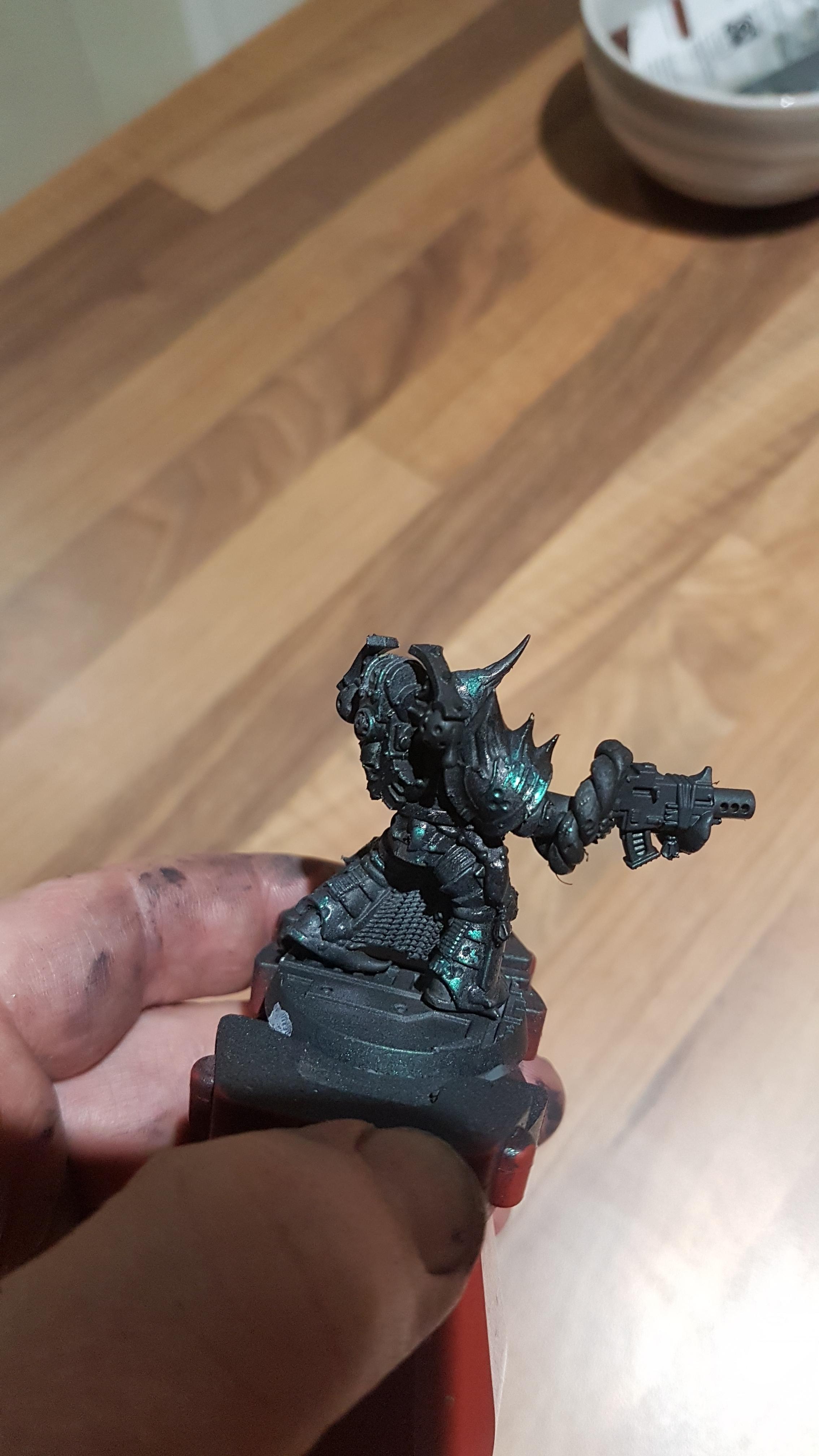 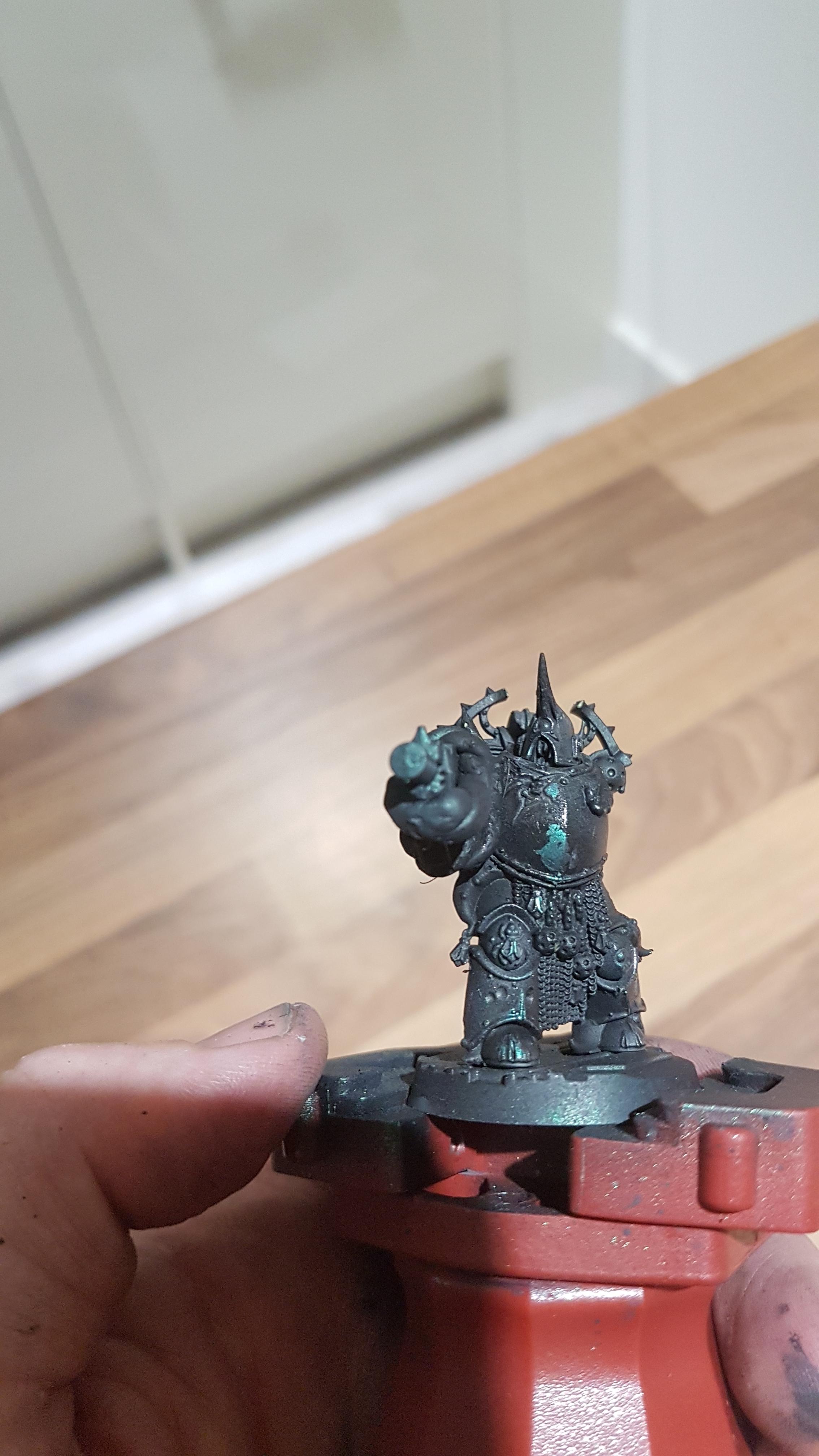 Im actually kinda happy with it. Far from perfect but kinda got what i was wanting from it, which big ish chunks of shifter paint showing from underneath..
Pharia liked this