31 May 20, 00:24
Been looking at competitive chaos lists for a while and the chaos possessed bomb seems to be quite popular (or it was at one point). So decided I'd like to give it a go.
Basically u get a huge mass of possessed and get buffs from other characters and psyker powers to strengthen them.

The possessed models aren't great. I kinda like em but there abit jokey I think.. So I certainly don't wana get 4 sets of them. So the idea was to convert some of the 30k mk3 marines I managed to get off eBay and strip.

Here's 6 so far. I got a set of possessed bits for a few quid which I've tried to use sparingly! Some look good.. some look abit naff. The arms are stupidly long! 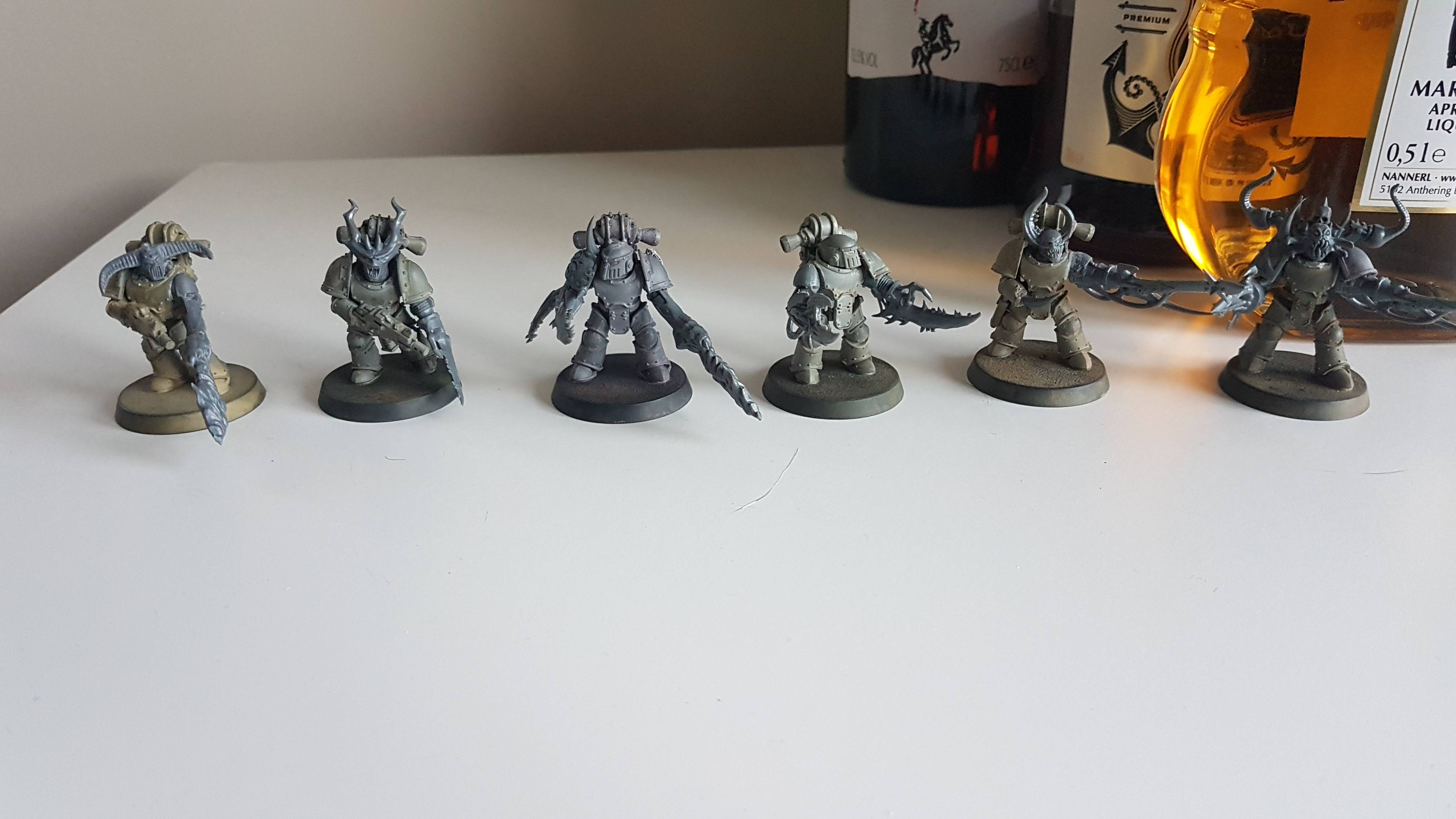 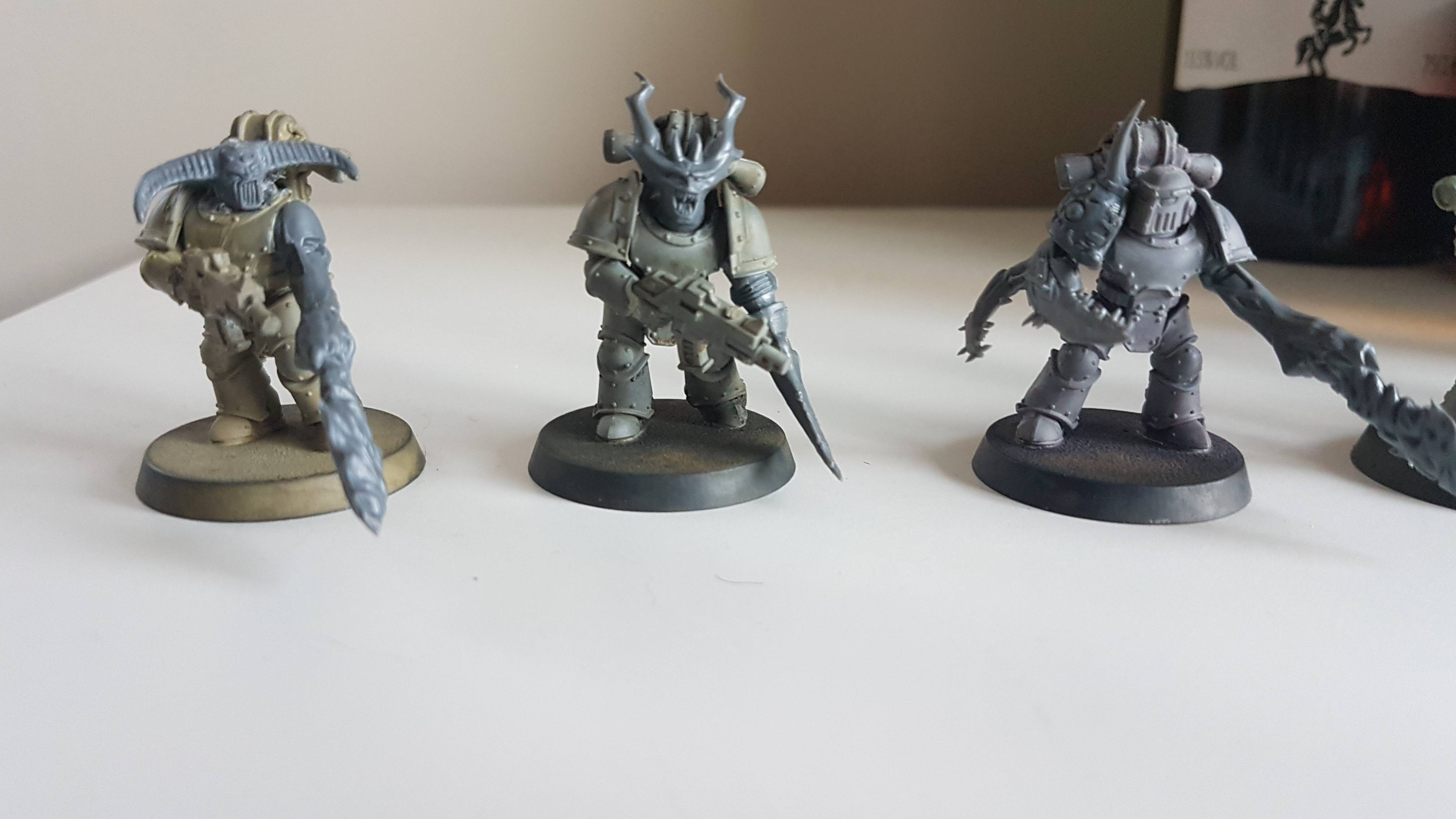 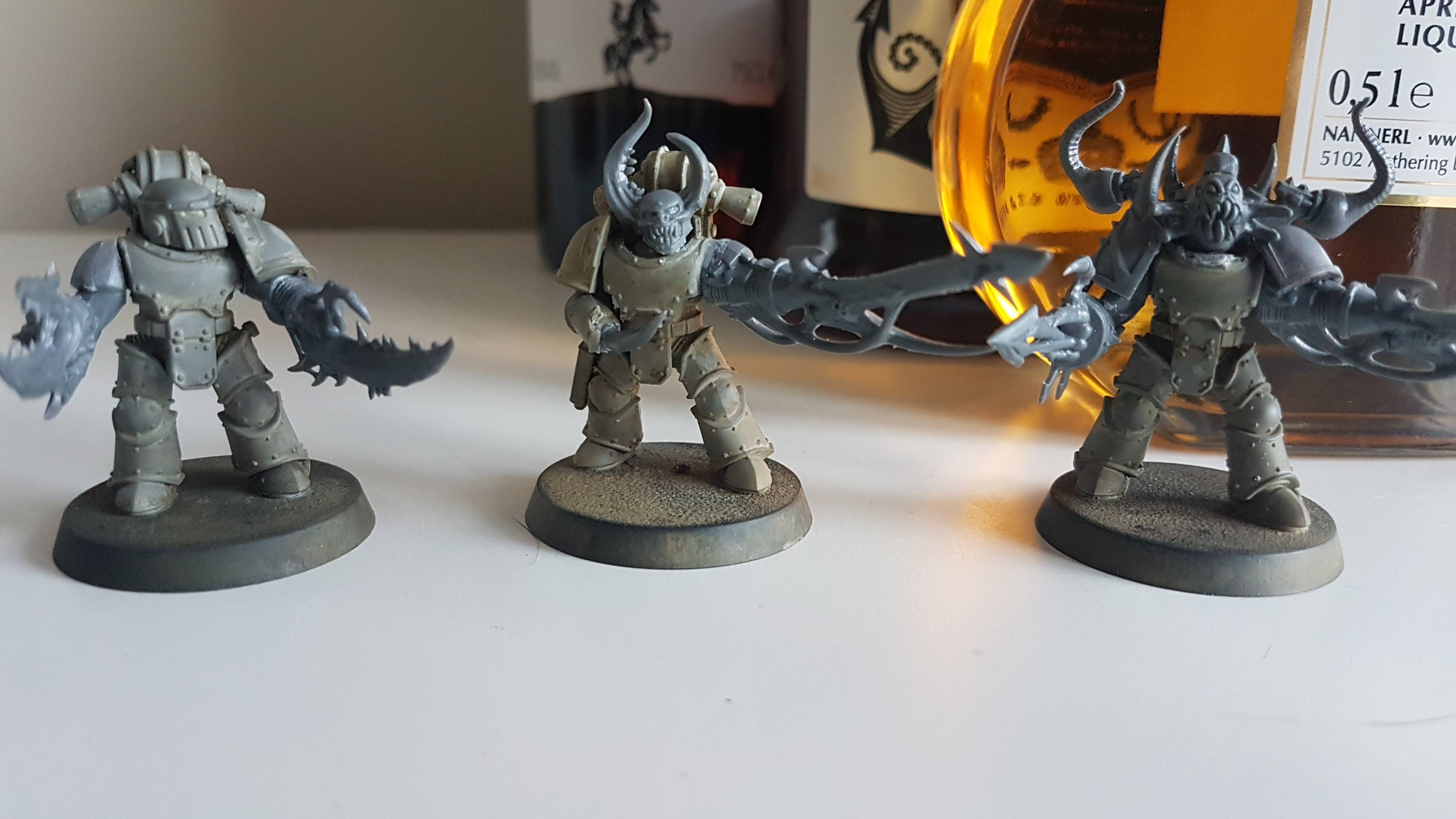 I've ordered one new box of possessed which I'm hoping will have some spare shoulder pads to replace the ones im missing and also bits to convert a further 4 marines. Also have 5 coming from eBay to give me 20

which is the max unit size for these guys!
I may look to do some green stuff modelling of tentacles to give them abit more going on. Any suggestions let me know.
Plan is to make the alpha legion. But I wana use the colour shift paint I've got on the way. Electric blue baby.

The sculpts might be a bit dated now, but the old CSM boxes used to come with mutations - is it worth trying to find some in eBay for variety?

And much as I love warp mutations and colourshift, how fluffy are possessed Alpha Legion? I wouldn't have expected them to have much in the way of a warp influence, but I'm not entirely up to speed on their lore.
Paying full price for your models, paints and tools? Don't!
Use our banners after the first post or at the bottom of the page for 22% off RRP, and 25% off pre-orders!

31 May 20, 11:44
Ah I know. I was really hoping to find a diy way to make a roller kit lol... But I haven't found anything. And I've splurged abit much this month already

That's not bad idea. I'll see what else is about for a couple of quid. Only going to need a few bits more I think. Altho I could switch some of those stupidly long arms out.

Certainly from 30k perspective they are not fluffy at all. It's more from a competitive perspective and having a colour shift paint ready for them that I'm choosing alpha legion. They get-1 to hit for stuff from 12 inches or more away. So really good for these guys to make it into combat. From a rule perspective alpha legion can take more or less same as any other chaos legion. I'm not sure about 40k lore. Although you could argue they are the only true loyal legion I think after 10k years of being out of the imperium must have got some mutations now haha

31 May 20, 13:18
I'm sure it could be done, but I imagine that with the time it would take and the guaranteed quality it would be just as cost/time effective to just buy one. Annoyingly they don't seem to be stocked much in the UK. Might send Element an email and ask if they have any plans to stock them.

I know that I used to have at least one, but I'm fairly certain all the pieces got used, and I can't get to it right now anyway. Just found one on eBay but with postage it's a tenner! 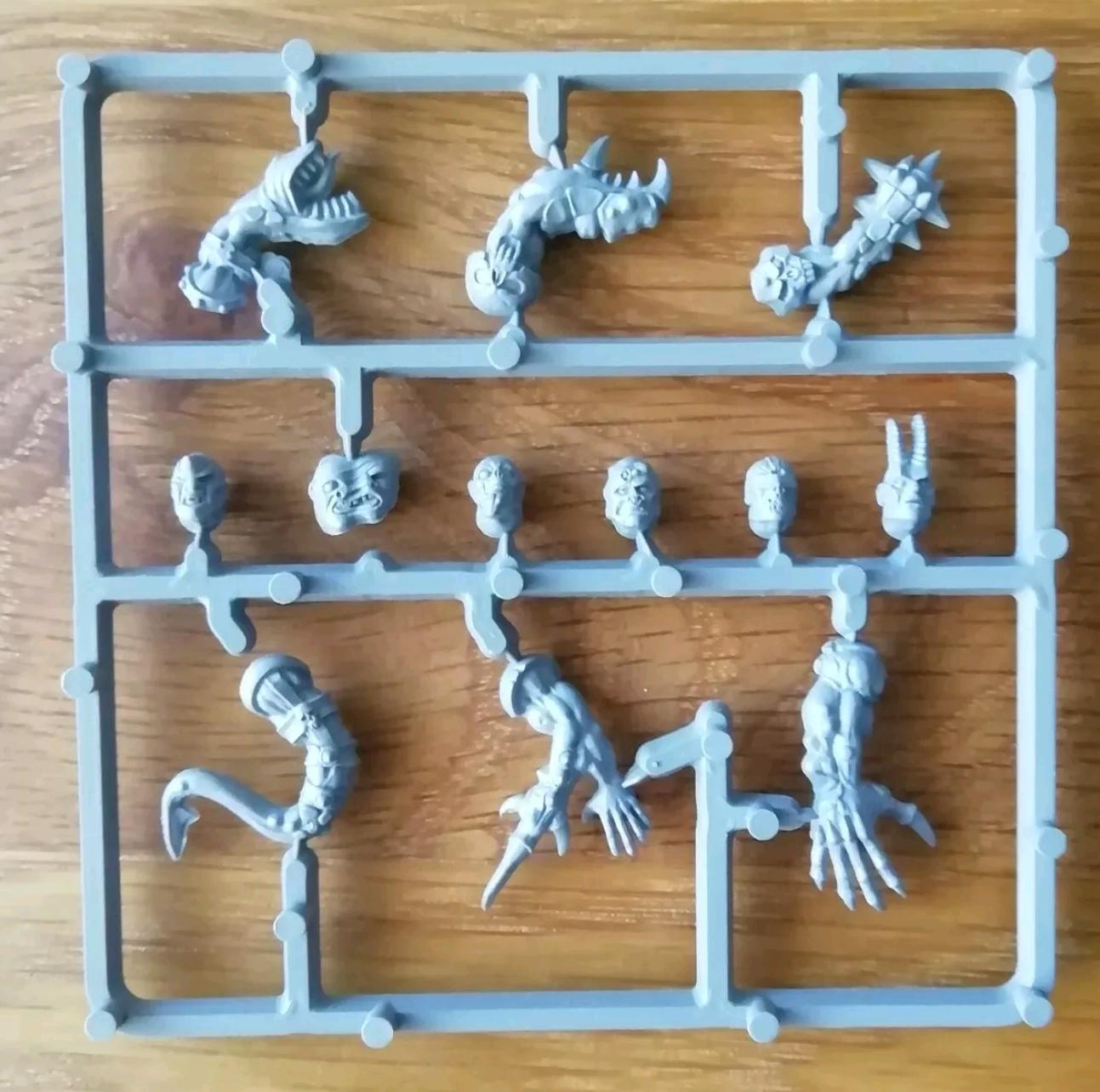 30k definitely not, assumed you were working on 40k, but obviously I could be wrong. The colorshift range is perfect for the Alpha Legion though - the best AL models I've seen have all taken loads of glazing work over silver to achieve a similar effect.

Do they still consider themselves loyalists in the modern lore?
Paying full price for your models, paints and tools? Don't!
Use our banners after the first post or at the bottom of the page for 22% off RRP, and 25% off pre-orders!

Yeah I think that's issue... add on postage and works out to be quite abit sometimes. I think I'll see what extras I get from the possessed set and see about green stuffing the rest to keep costs down.

Yep i doing it for 40k. So I just had a read of the fluff in the 8th edition chaos space marines codex for AL. Makes no mention of the cabal and the reason why AL join the heresy... basically says they were attracted because of horus' prowess as warmaster. Mentions daemon worship etc. Obvs not like the other legions tho. More focuses on the tactics. But there is pics of them using deamon engines etc. So I guess the 40k game lore doesn't really match the novels?

To be fair that one was from France, but it was still 4.50 for the sprue. If they still come with the standard CSM you might be able to get them on bits sites though.

Huh. I know that GW like to use the "everything is canon and nothing is definitely true" card, but that's a bit of a stretch! Unless the 8e Codex was released before Legion was?
Paying full price for your models, paints and tools? Don't!
Use our banners after the first post or at the bottom of the page for 22% off RRP, and 25% off pre-orders!

01 Jun 20, 00:14
Haha yeah... I dunno I guess they wana keep the chaos legions fairly generic unless they have their own codex like death guard and thousand sons. Otherwise they would have access to feck all units.. basically just old marine stuff

so no one would collect them.

Edit: they've replied, but they're not currently able to provide information about potential future suppliers, sorry!
Paying full price for your models, paints and tools? Don't!
Use our banners after the first post or at the bottom of the page for 22% off RRP, and 25% off pre-orders!

Spent the day building the new possessed. Fixing some I got from eBay so all on new same bases. And did some bits on the other 30k guys.
New ones are centre left. Greater possessed in the centre. EBay ones centre right and 30k ones dotted around. 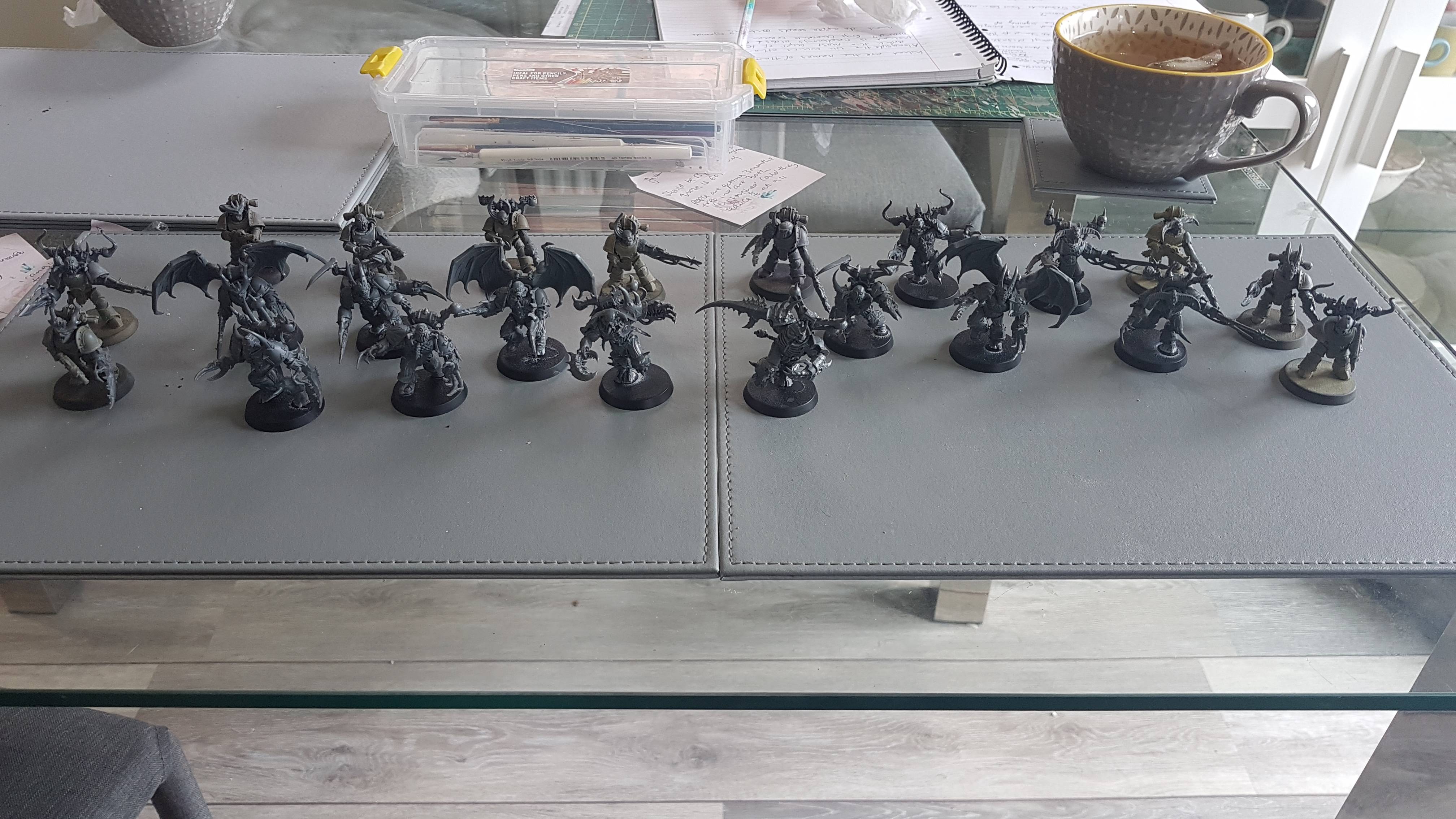 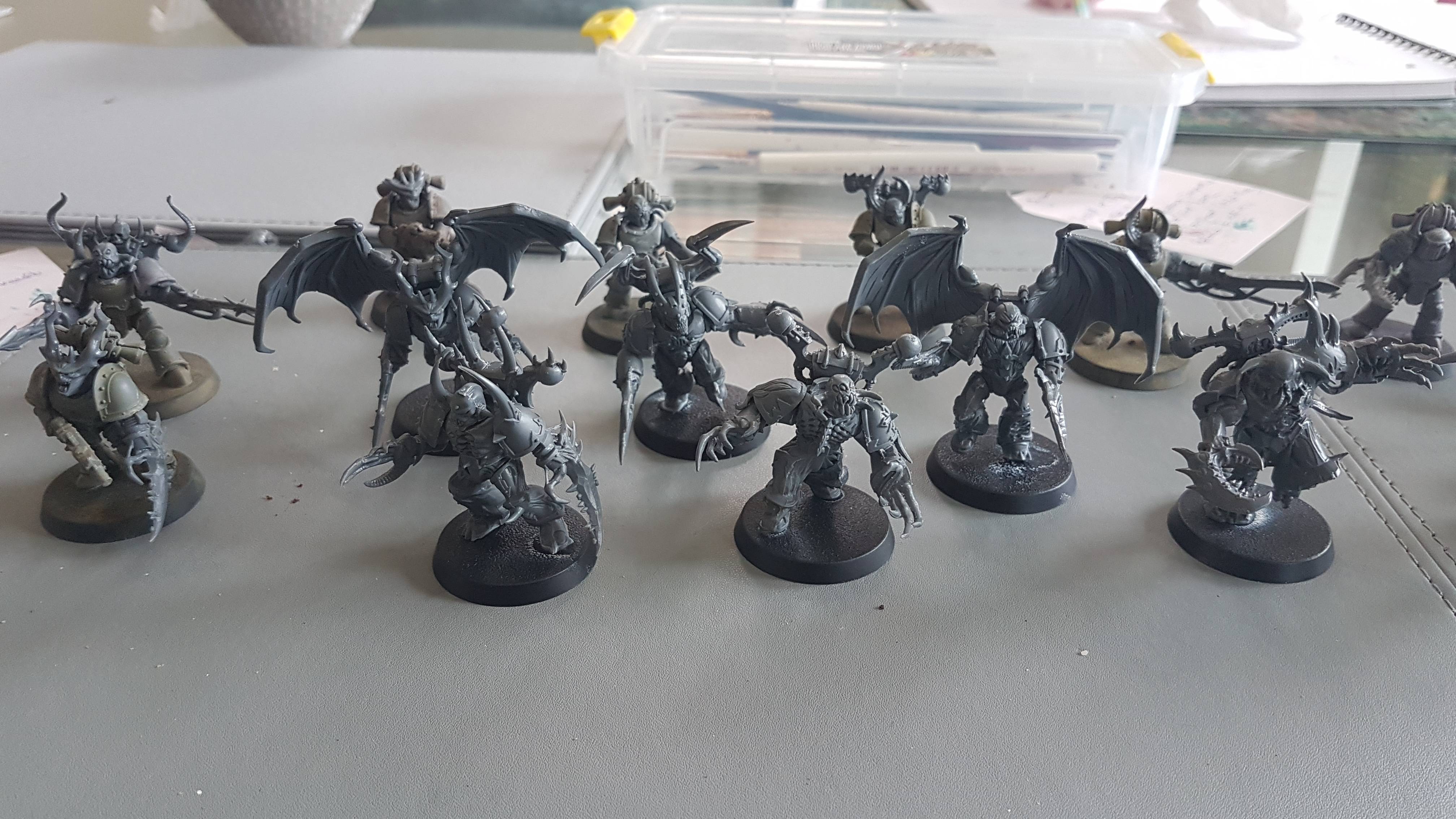 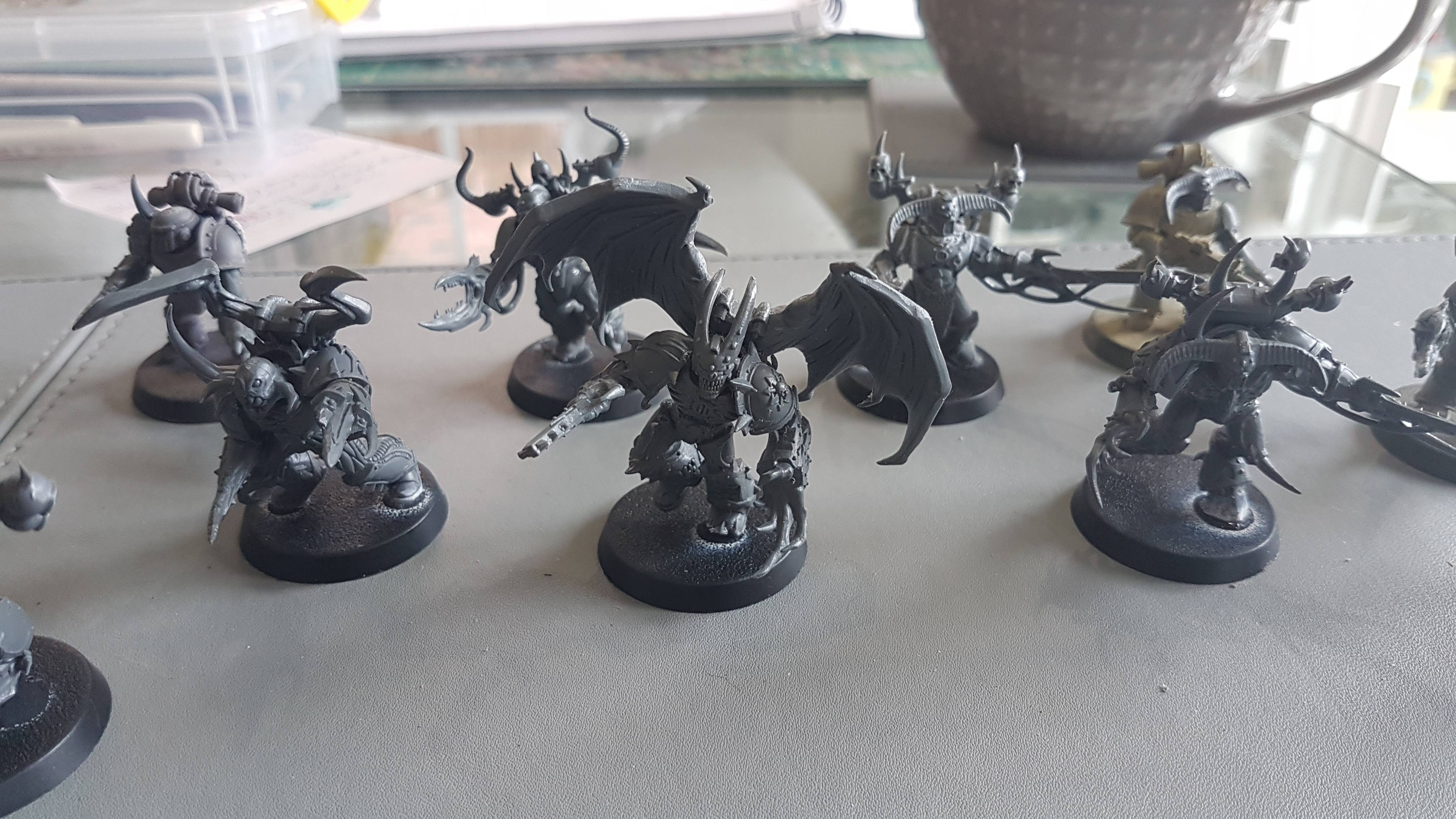 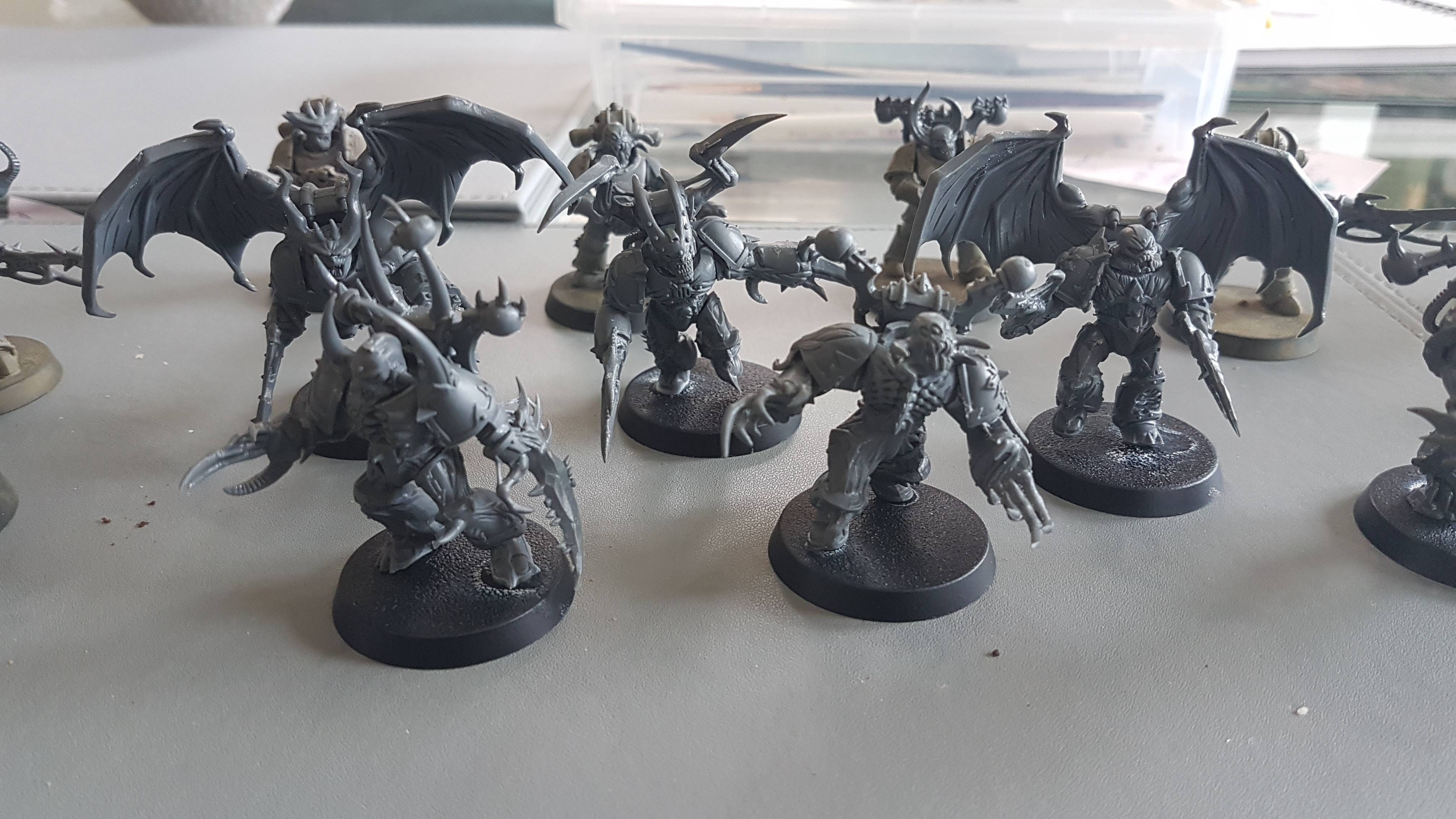 Need to get 7 new chaos shoulder pads. Maybe 3 mutated arms. And I think I'll look to get the green stuff roller next month so I can make the 30k ones look abit less crap for some of them. Overall pretty happy. The possessed bomb is looking pretty mean. 20 possessed. 2 greater possessed. Dark apostle (Built but not in pic). Just need a chaos sorcerer and master of possessions.

Nice work, looking forward to seeing these when they're finished! Where are you sourcing the bits from?
Paying full price for your models, paints and tools? Don't!
Use our banners after the first post or at the bottom of the page for 22% off RRP, and 25% off pre-orders!