07 Jun 21, 19:08
The new game Necromunda: Hired Gun has proven to be filled with lovingly crafted detailwork on almost all surfaces, by a team who obviously must love Warhammer 40'000 and Necromunda. It really is a one-of-a-kind experience, above and beyond any visual treatment of the dark future we have seen in any previous 40k PC titles. Screenshots will fall like rain for reference folders. It's a wellspring of inspiration, not least for terrain building and drawing the dark future.

True to form since early childhood years, I am getting to enjoy this game by watching it over the shoulder of a friend who plays it (or rather, over a shared Discord screen) while my computer has too low juice to handle it.

Among all the clever use of 40k material woven into its little corner known as Necromunda, one stood out as particularly worthy of mention:

Chapter 4 sees the protagonist attack something called Geister Station. Yet cogitator screens inside bear strange script, as if their machine spirits have not been purified and updated in 5 millennia...

Just imagine, what great calamities and upheavals fivehundred generations of Imperial history must harbour. Just imagine the sheer amount of surviving scraps and remnants from former eras who have survived devastation and official purge attempts at damnatio memoriae. Imagine, the surviving mute witnesses to past shames and heretical abominations.

Behold a shard of the Age of Apostasy, buried inside the capital city of Hive Primus on the planet Necromunda, at the heart of the Imperium in Segmentum Solar: 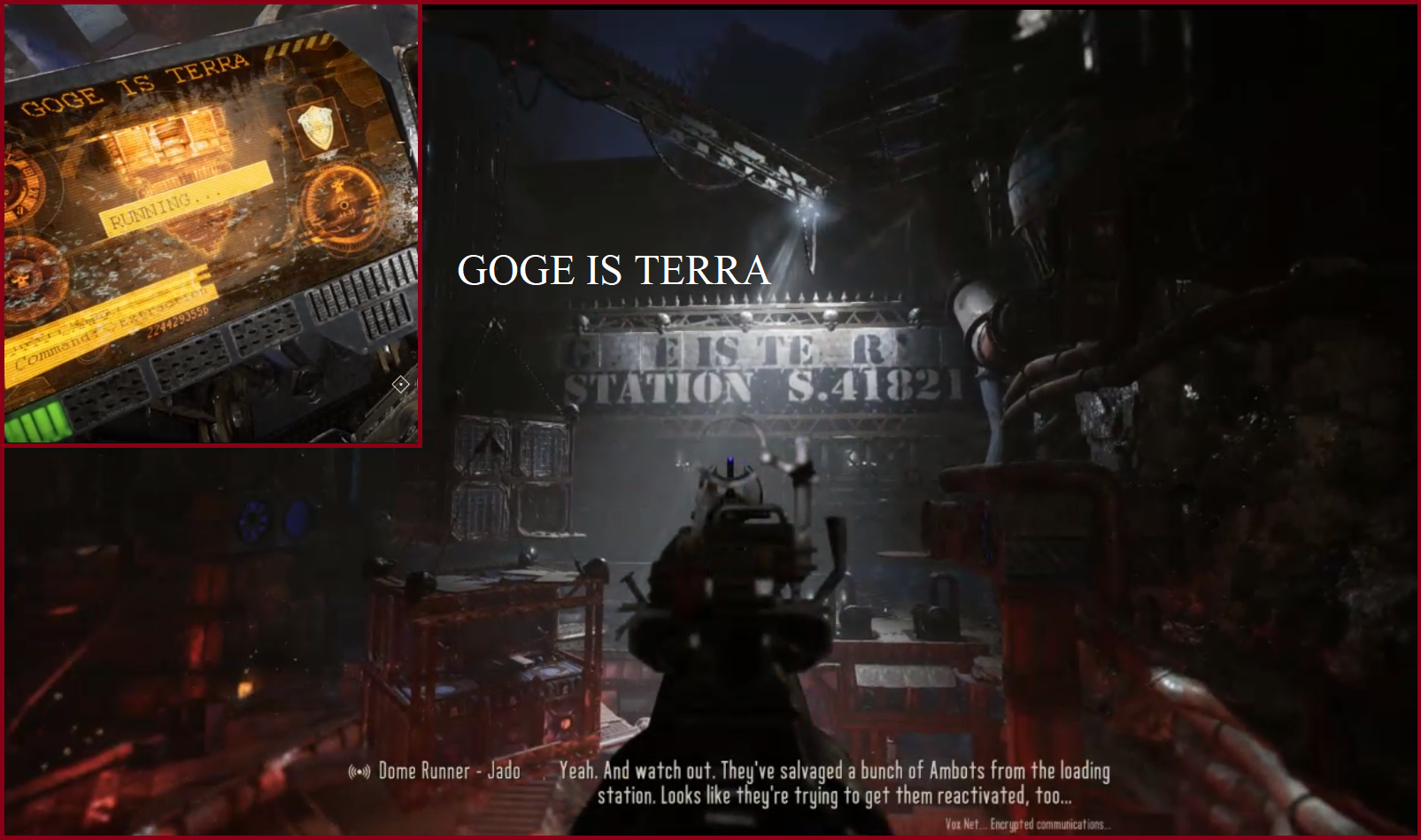 Also, the train arriving to Goge is Terra Station is basically a Soviet LV-locomotive in space, with its distinctive side platforms and stairs. Good to know that the developers behind this game also gathered Soviet reference pictures for Imperial train duty.

04 Sep 21, 02:22
@James : Sorry, I missed your reply! You play as a Bounty Hunter carrying out seedy business for certain clients. Through it all you fight against several of the main Houses and a good number of other enemies, including Genestealer Cultists in one map.

It's a gorgeous game! The developers have lavished lots of love upon the details. It lives and breathes 40k. Do check it out, at least Youtube videos of it.