09 Aug 20, 21:42
We all know that collecting plastic and resin can end up costing a fair bit, but is there anything else that takes up a large amount of your hard-earned currencymonies? 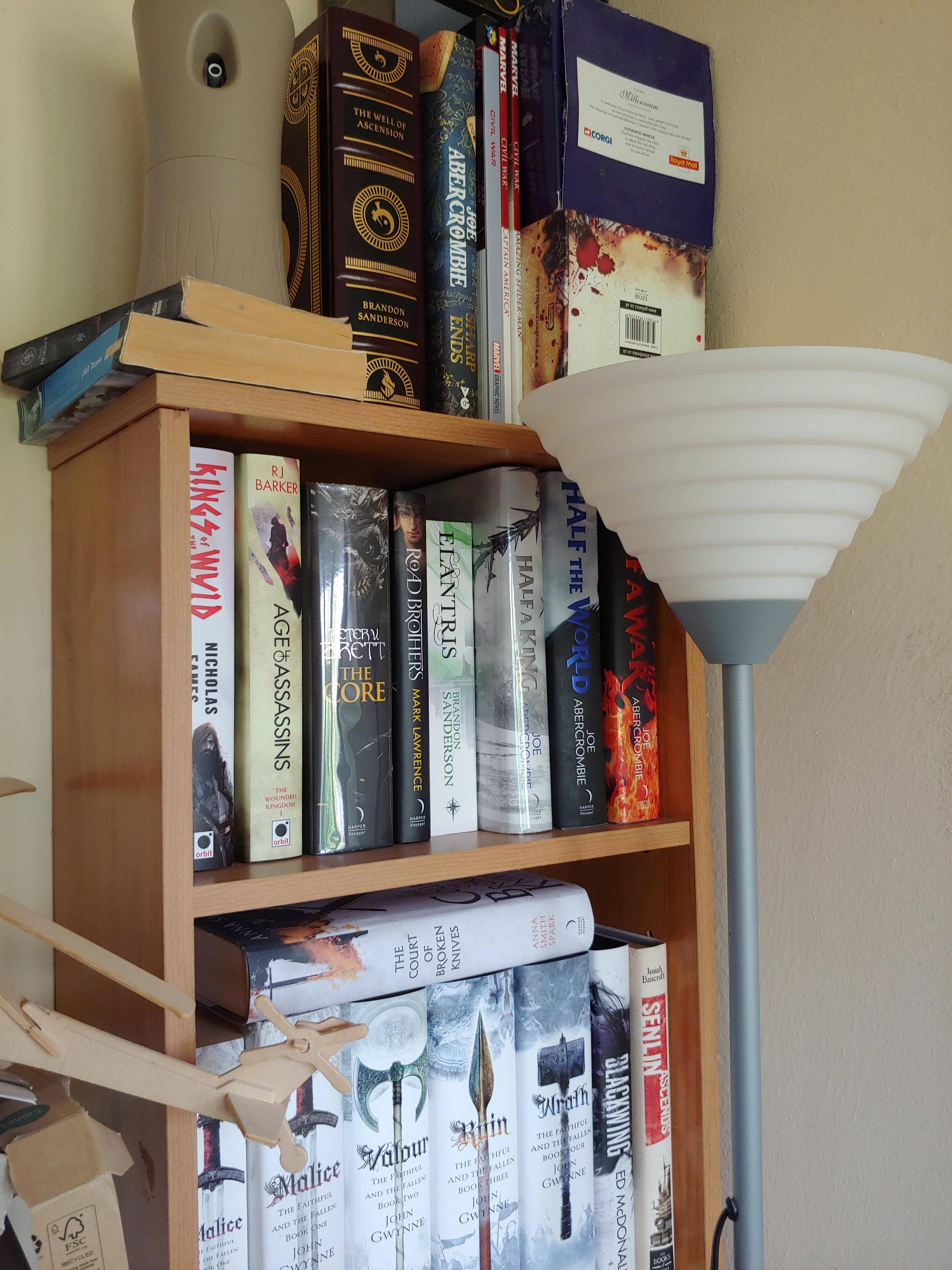 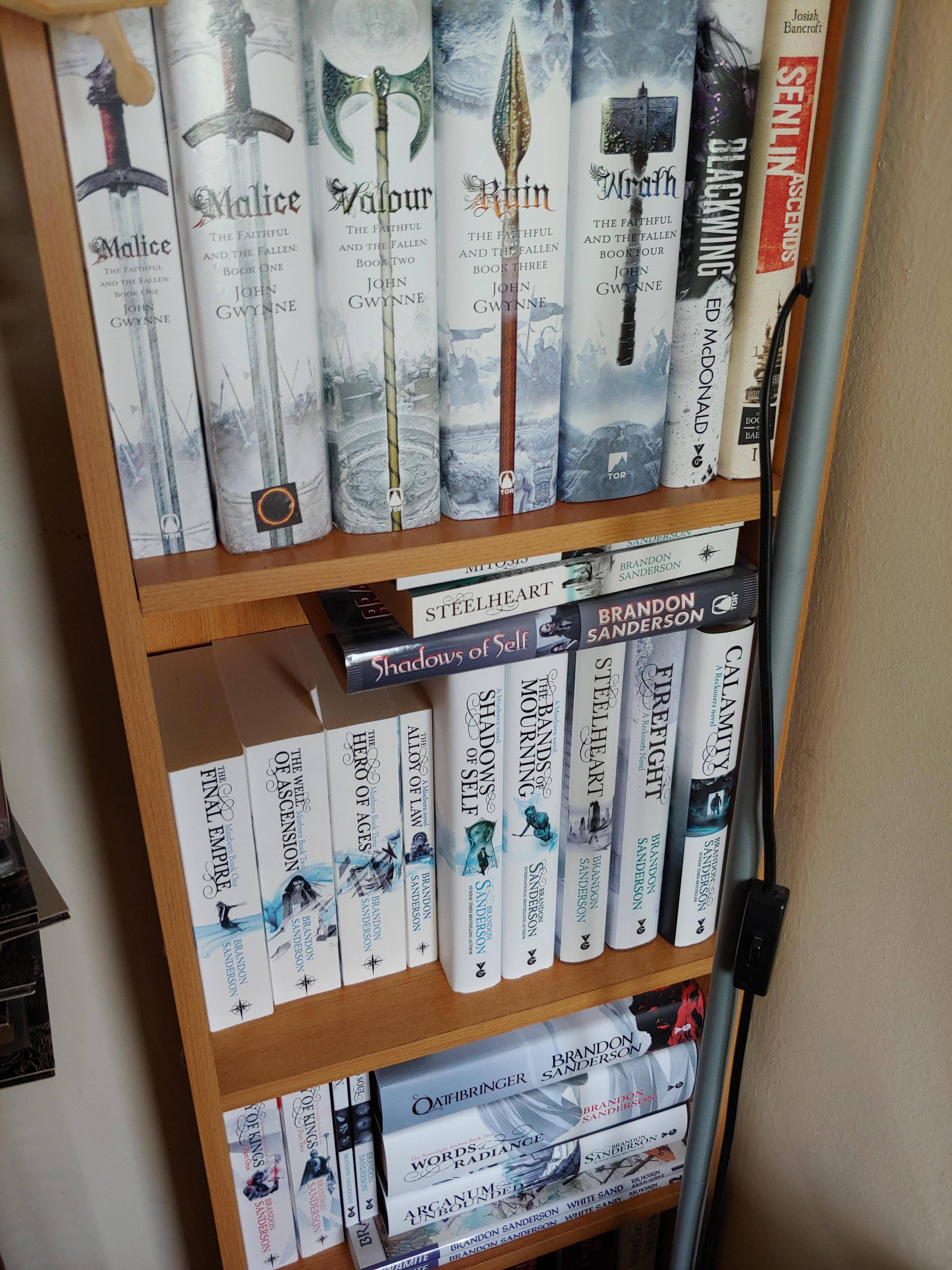 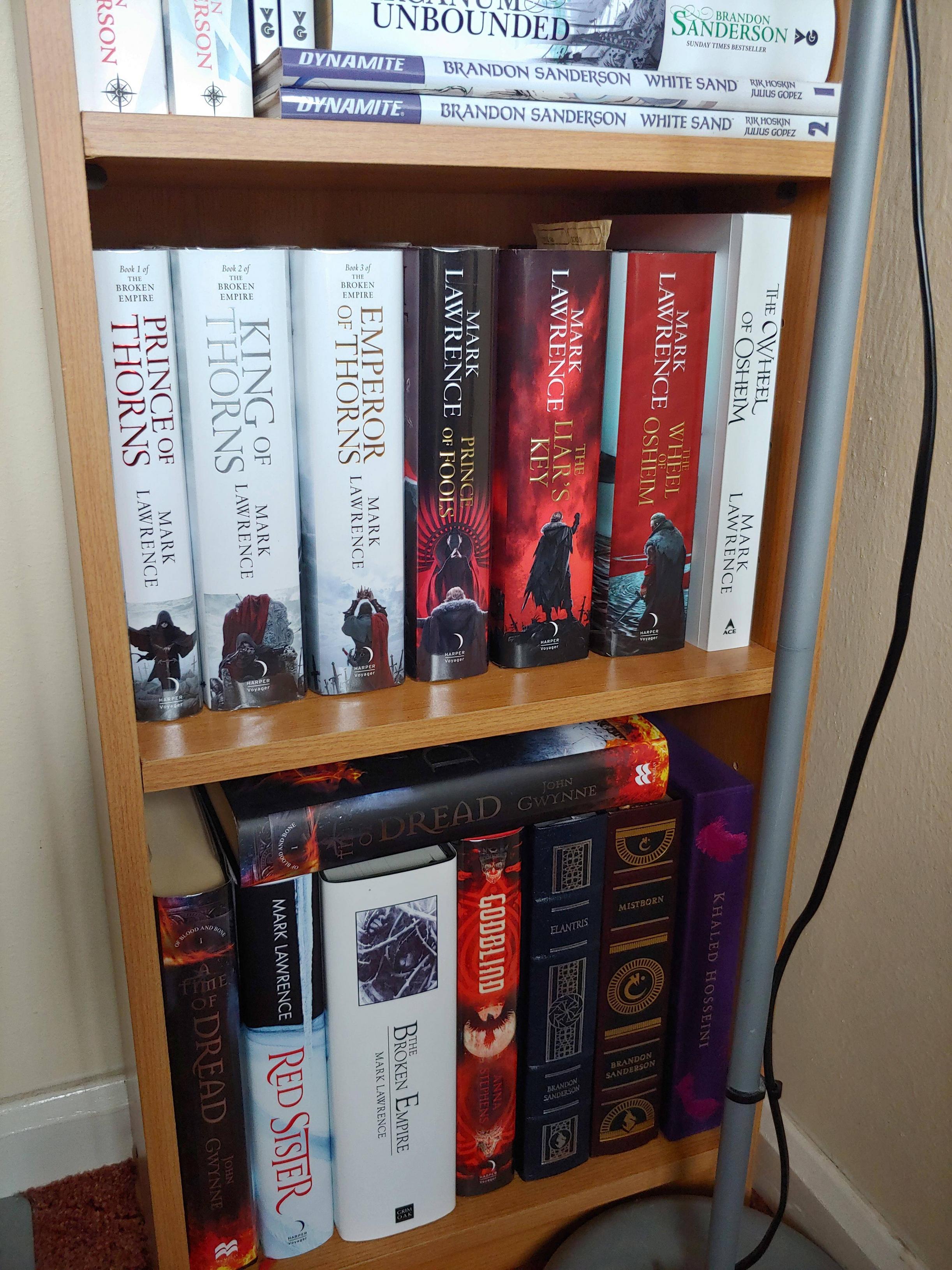 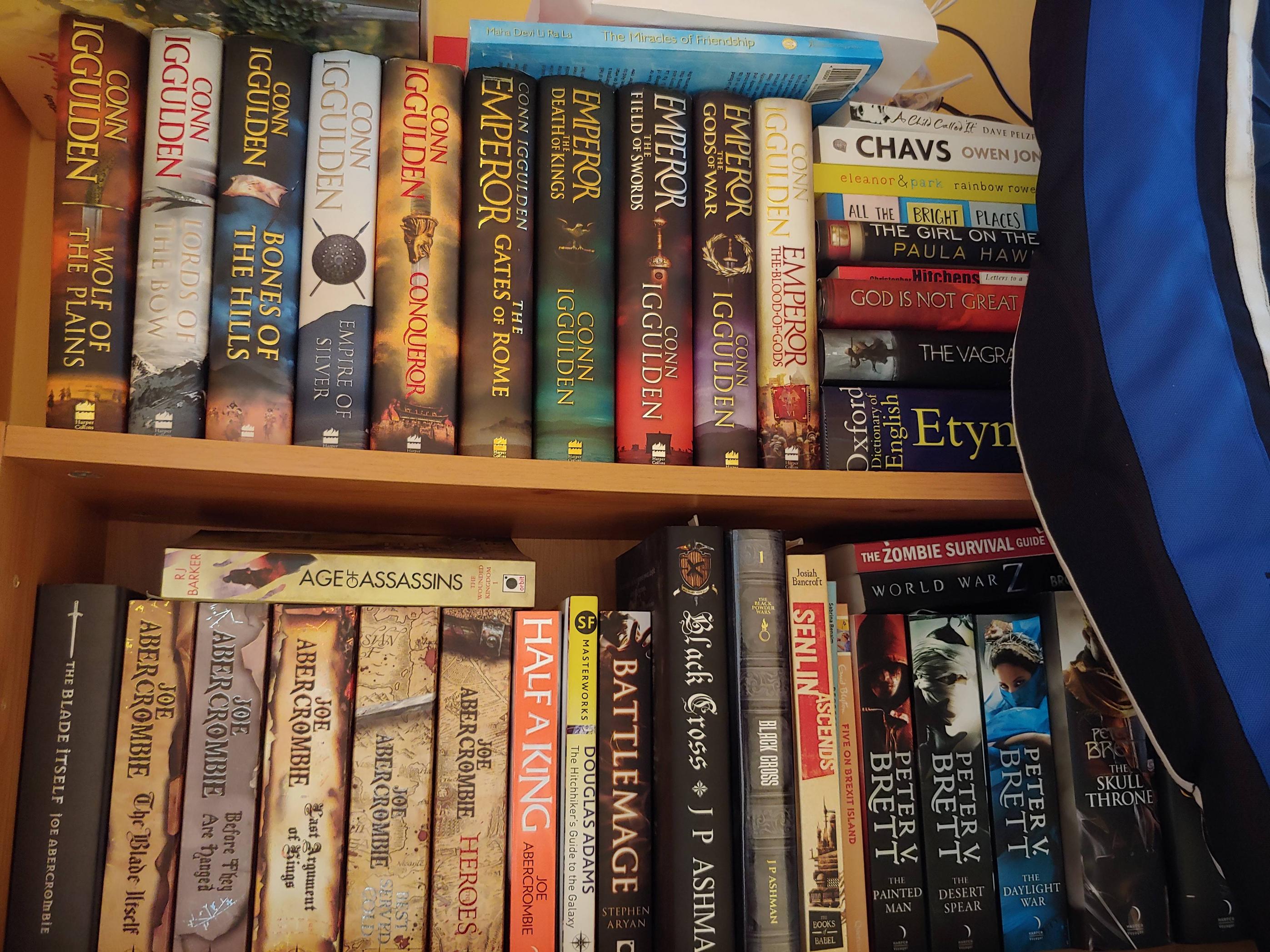 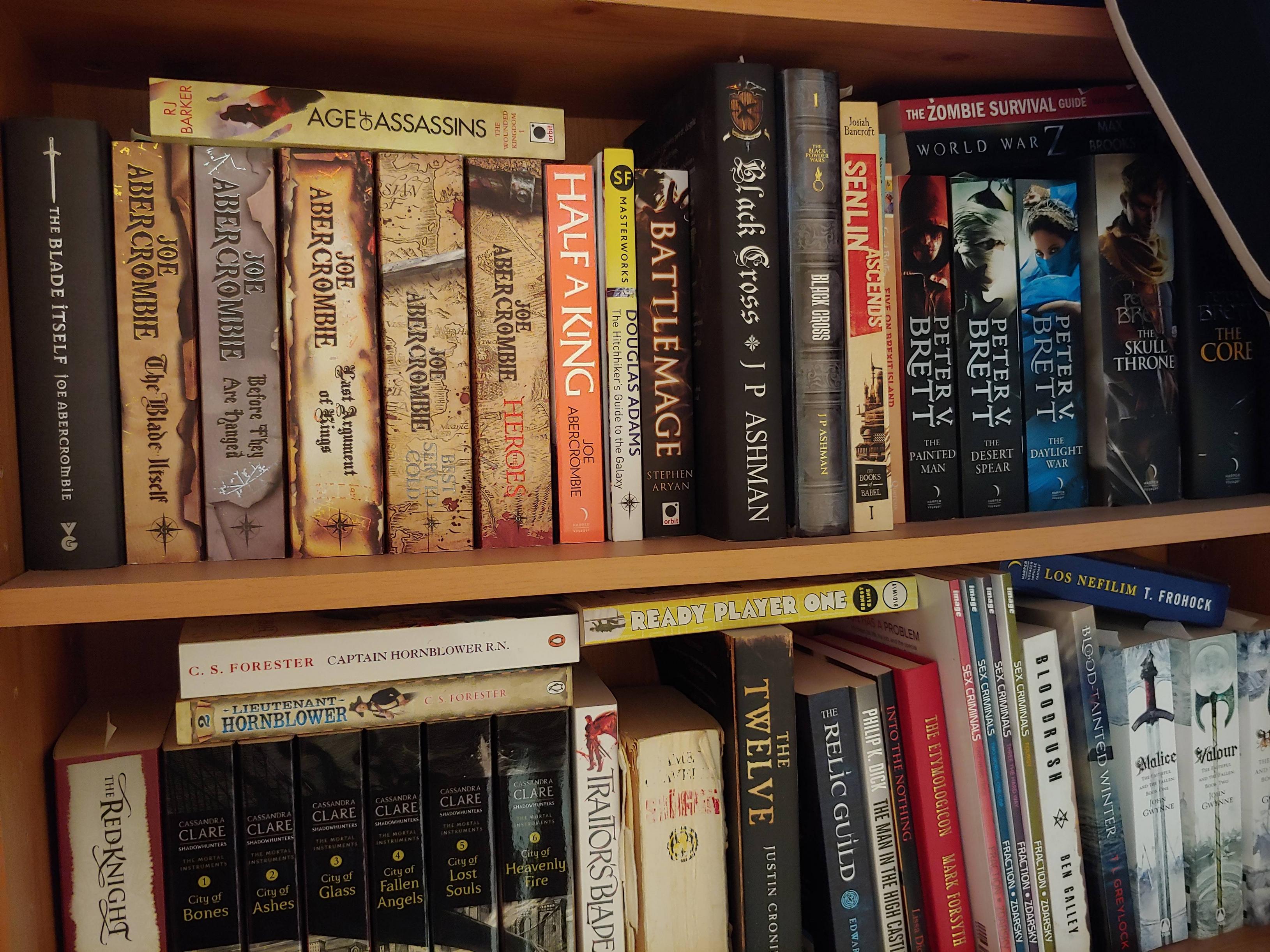 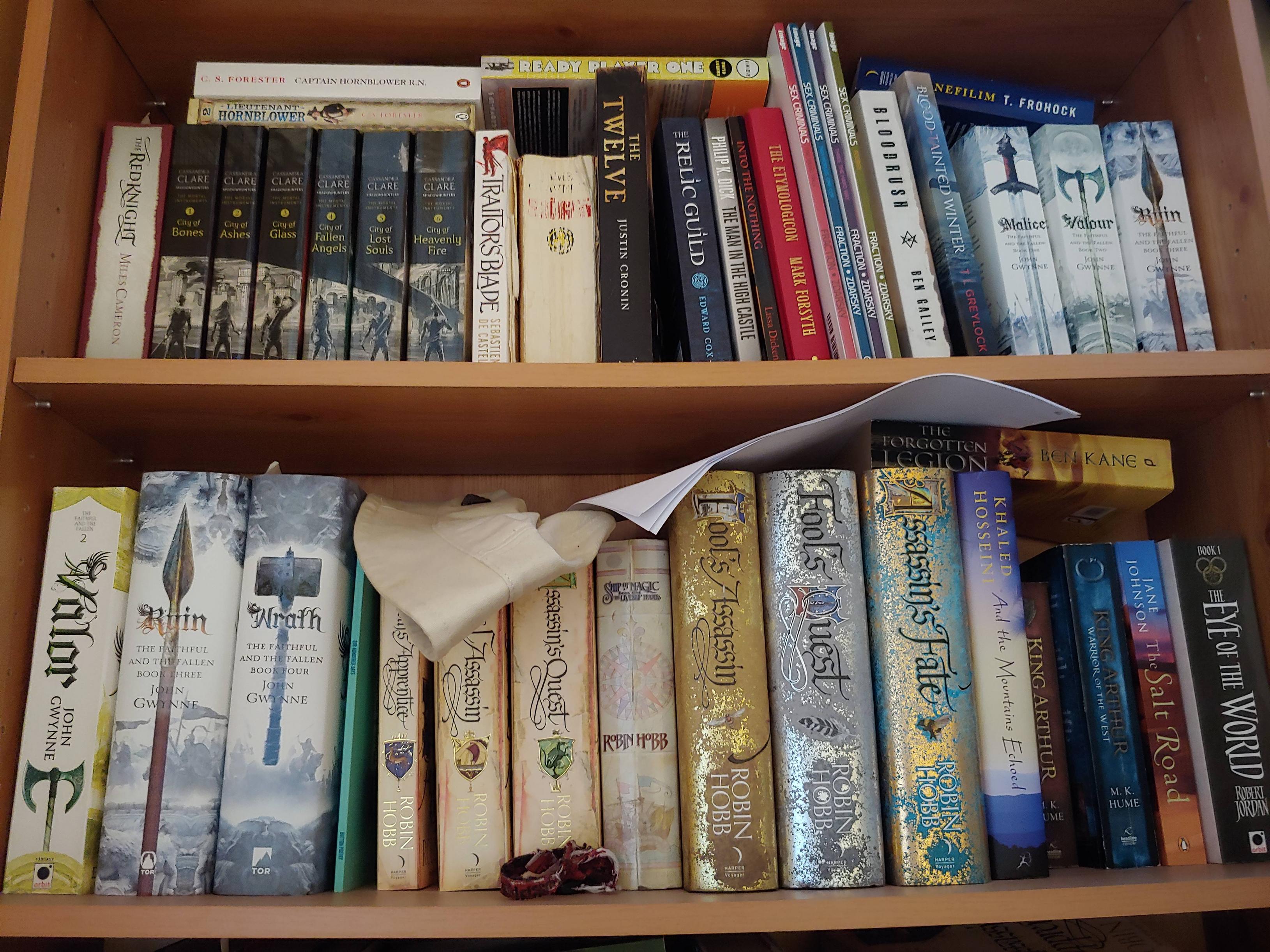 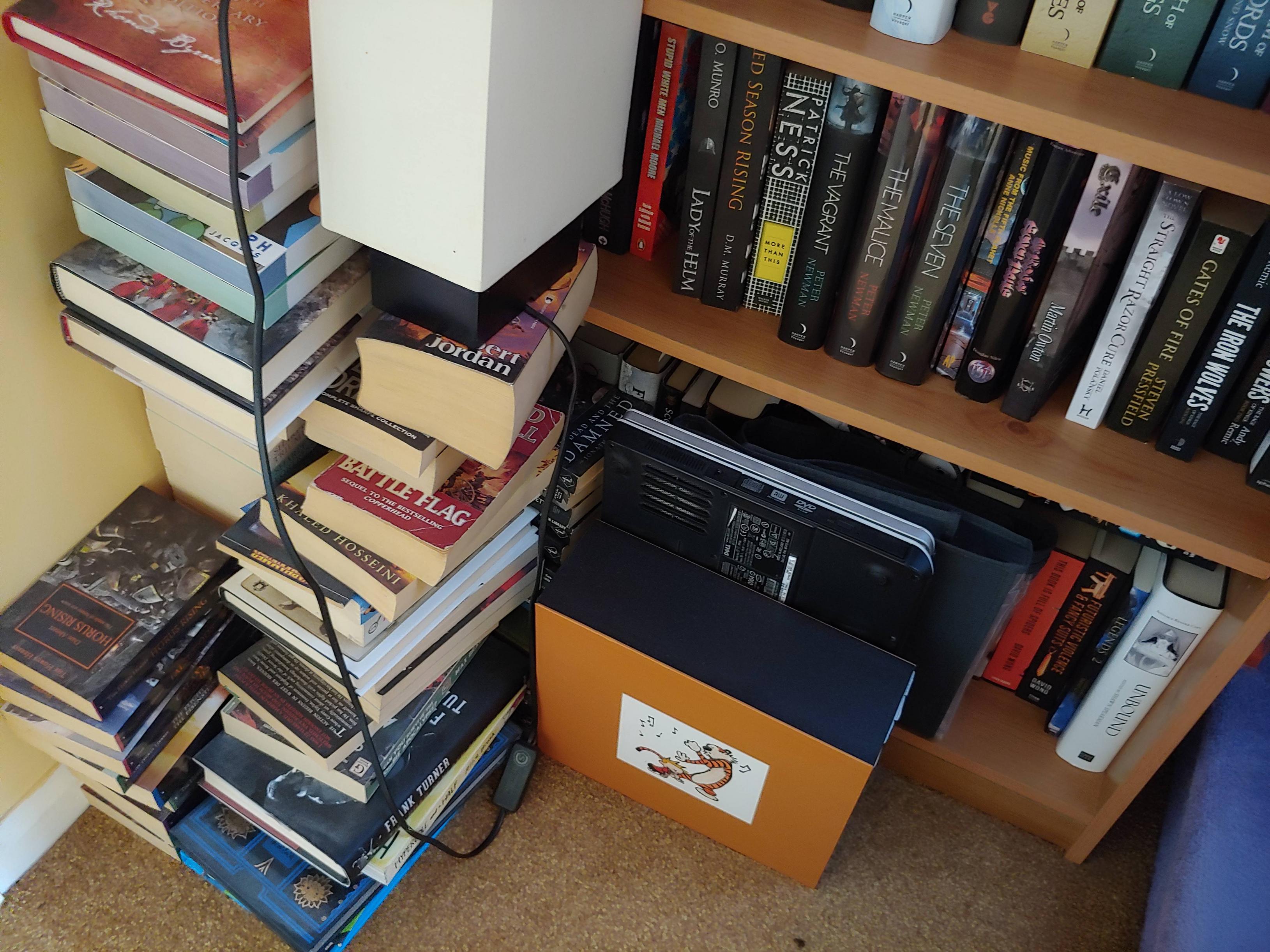 11 Aug 20, 12:13
Haha some collection man!!! Surprised you have any money left for plastic crack!!! If you had to pick one hobby of the two.. which would it be?
For me the gym is my main hobby which membership isnt too bad.. certainly less than my plastic membership. A few big purchases like weight belt and lifting shoes but once you got them its fairly cheap!! Main issue is time.. since working again and gyms reopened... im struggling for time to paint... but it may also be that its just sweltering and not good weather for painting at all!!

11 Aug 20, 12:37
There were a few years where I bought quite heavily, but these days it's much rarer, and I only tend to buy new releases (you can usually get signed hardbacks for thirty quid or less) - the older titles I just don't have the money for anymore!
If I had to choose? I could live without the bookshelf, I think. Most of what I read is digital these days, due to ease and storage space. The expensive ones are just for show - they tend to to unread while I have paperback/digital copies of the same novels.

11 Aug 20, 23:41
I was wondering if you actually read them or just collected. They do look super cool tho! Its an impressive collection. Is there any new books lined up for a space on the shelf? I saw a new signed book by gav thorpe on gw site the other day btw.

12 Aug 20, 12:40
Oh they get read too! On the smaller bookcase there's maybe 2 that haven't been. The larger one there is a few more though, admittedly. Some were a bundle from a charity auction, some I just picked up on a whim and haven't gotten round to yet.
Nothing in particular at the minute. GW prices can be quite high, and I used to get a lot of the release news from Facebook, which I don't use much these days.

if I'm honest I should at least cut down (or just get fitter - both of which require effort!), but they help with getting through work if nothing else!
Paying full price for your models, paints and tools? Don't!
Use our banners after the first post or at the bottom of the page for 22% off RRP, and 25% off pre-orders!

12 Aug 20, 23:02
Yeah I can't remember the price but seemed alot
Have you met any of the authors for the signings?

13 Aug 20, 00:16
Can't say that I have - I've always found out about them far too late to even try and make it. Know a couple of people that have though, and they've always spoken very highly of them. I'm friends with Mark Lawrence and John Gwynne on Facebook (as well as a couple of others) and have spoken to both those two and others, and they've always been very friendly.

14 Aug 20, 16:24
I used to collect Blu-ray steelbooks and in fact sold them all last week for £500. I realised I hadn’t watched any of them for about 6yrs so just listed them on eBay. Other than that the only other things I’d consider collecting again would be records for my DJing if I were to go back to vinyl.

16 Aug 20, 09:34
Why particular reason for collecting them, or did it just kinda happen?
Paying full price for your models, paints and tools? Don't!
Use our banners after the first post or at the bottom of the page for 22% off RRP, and 25% off pre-orders!

16 Aug 20, 12:56
I liked the art on them over the standard Blu-ray boxes so it sort of started like that. Then I found out there was a whole steelbook collecting scene online and it snowballed but it started getting ridiculous when I looked back at how much I was spending every month. I paid £200 for a copy of iron man that now goes for anything up to £2000 now. And obviously digital is easier now and only takes up hard drive space.