I’ve been a bit bad lately with painting, I’ve found the fact that primer is currently so rare and expensive super demotivating, so I haven’t been able to prime what I want to prime what I want ready to paint, but any ways, what I have been working on here and there was a 4th Objective Marker, ideally aiming to get to 5 initially (as the highest I normally play is 1500 points due to only having a 4x4 table), maybe 3 dwarfs and 2 Battle Sisters.

But anyways, introducing my 2nd Battle Sister Objective, the Shrine of Saint Celenia, so this model is ultimately designed to be played inside a ruin, with pews near it, to simulate a shrine that has been attacked, this carries, a shrine for Celenia, with the bones of Saint Mina, a nod to the original order these sisters came from, eventually with an additional cherub. Hope you guys like it. :) 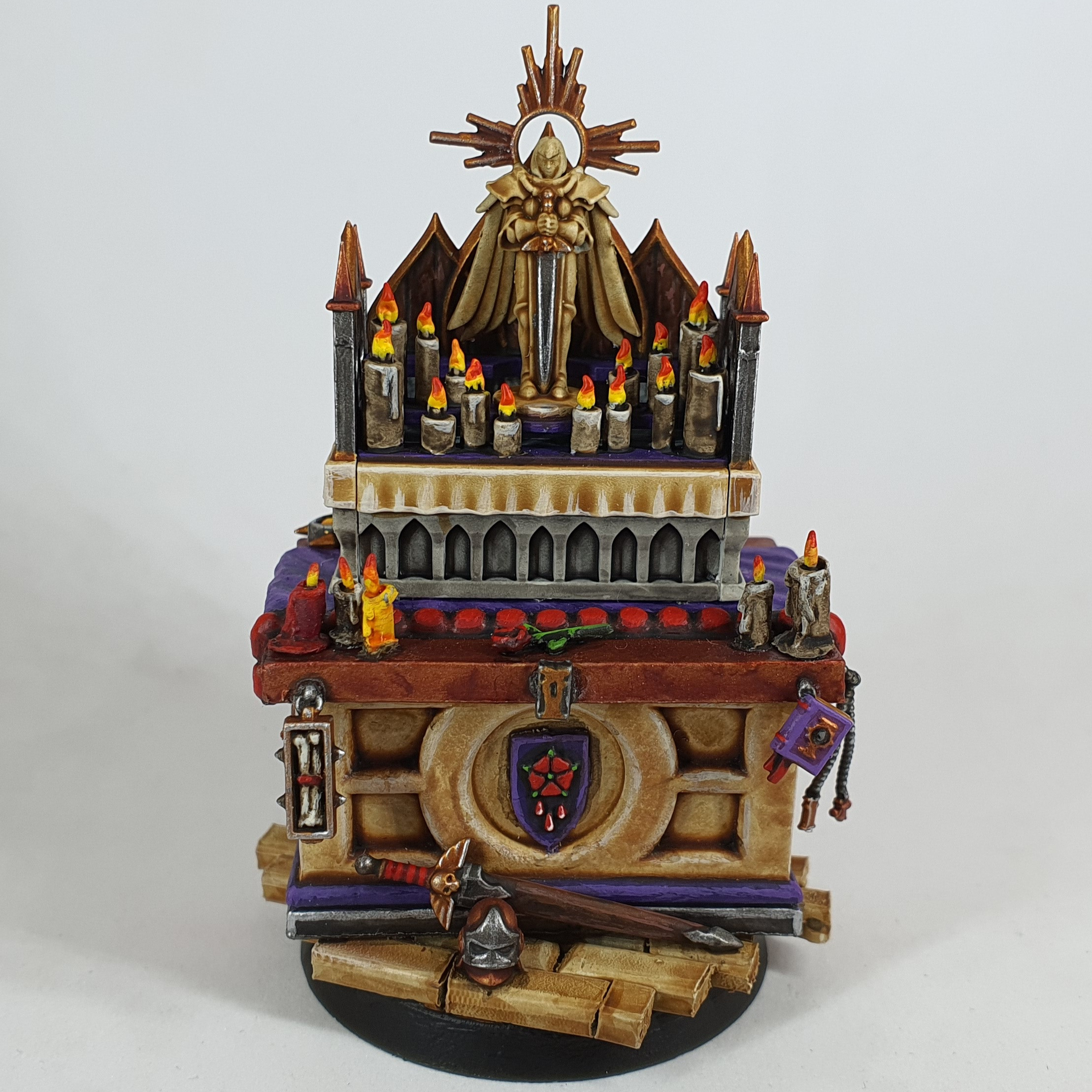 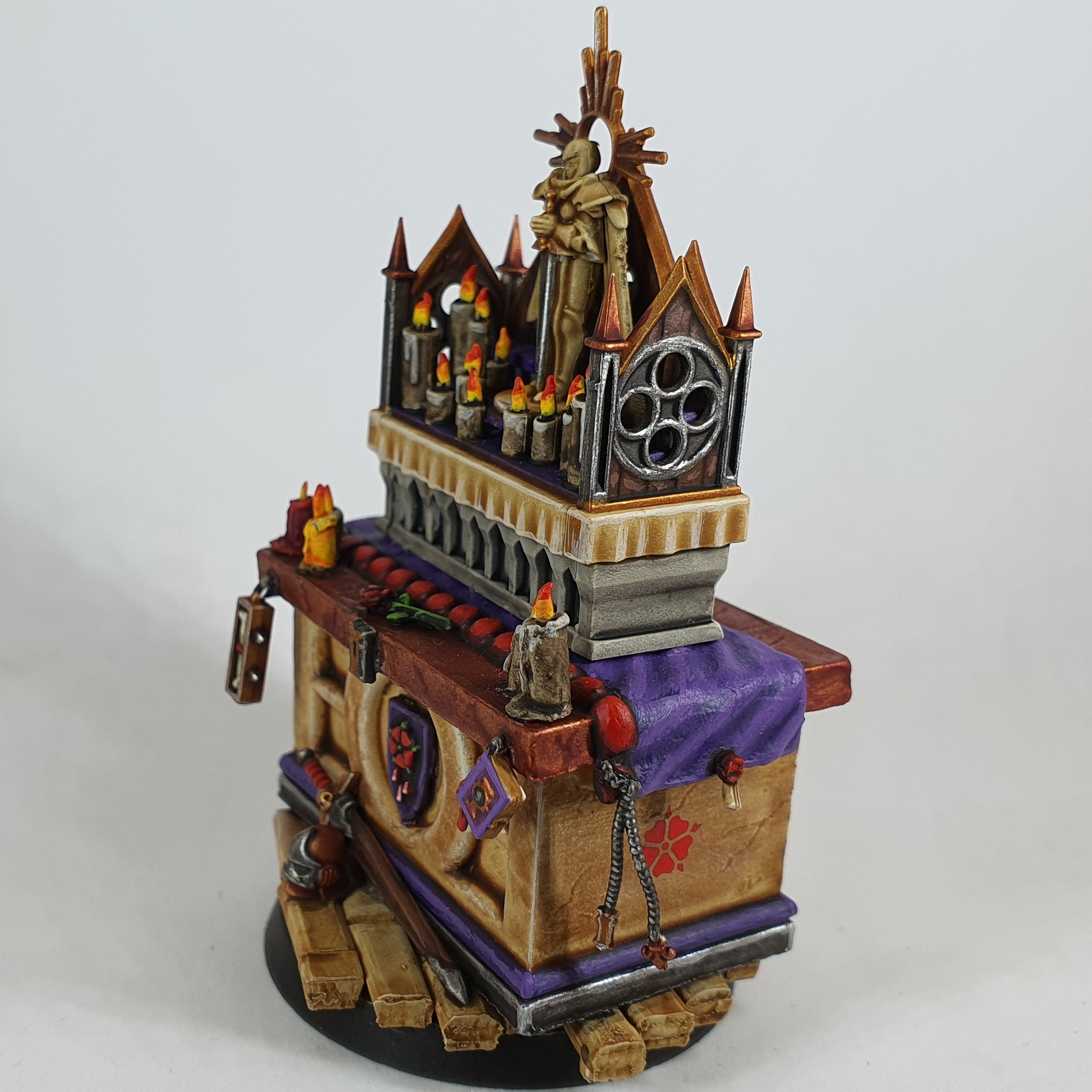 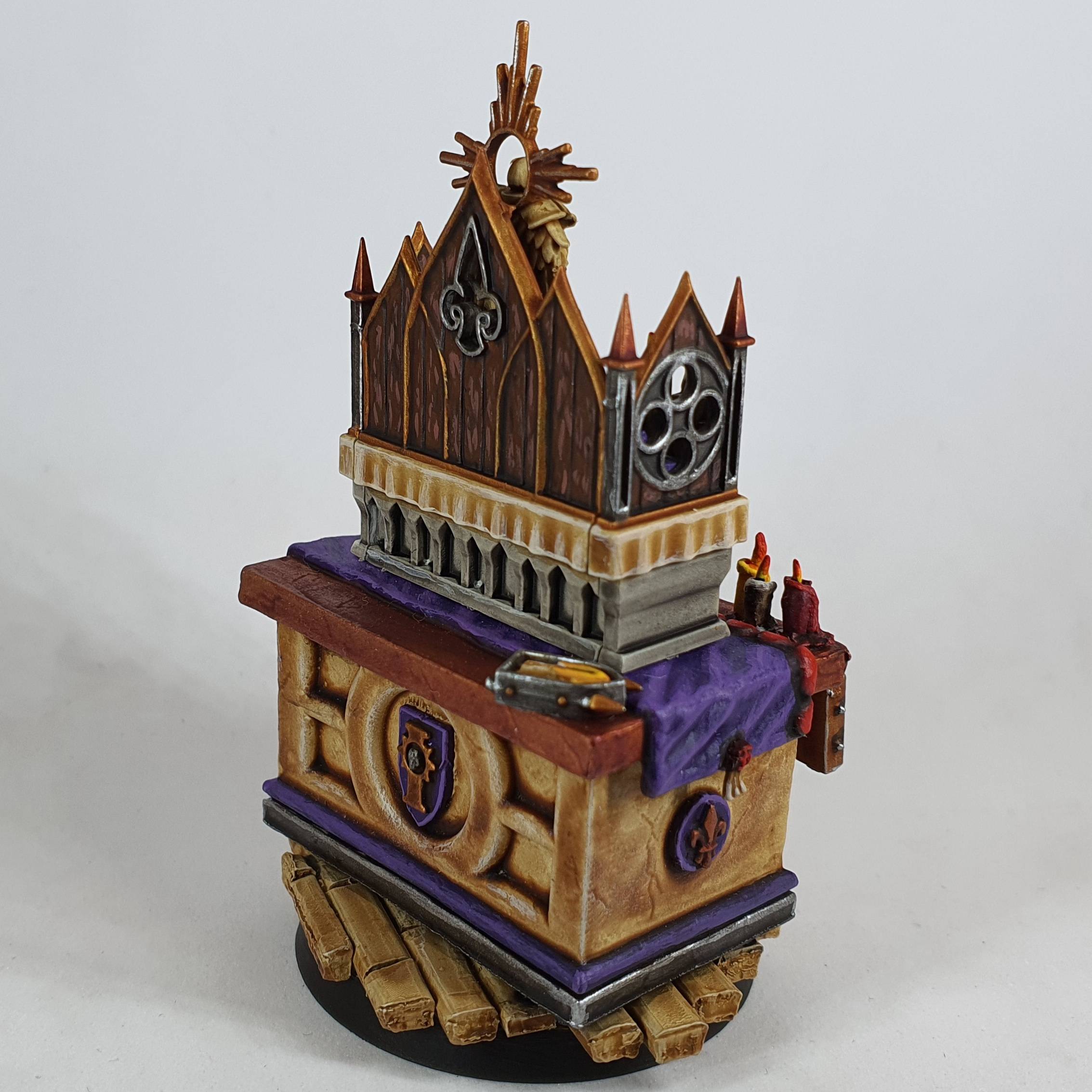 16 Apr 21, 11:31
Lovely work as always! The little pieces like this really help bring a bit of character =]
ldubya344 liked this
Paying full price for your models, paints and tools? Don't!
Use our banners after the first post or at the bottom of the page for 22% off RRP, and 25% off pre-orders!

Know the feels about primer.. i am close to needing some more but really winding me up how much its going to cost.
ldubya344 liked this

19 Apr 21, 22:01
Thanks guys, I’ve thought up some lore about it as well. The keyhole on the front of the chest is to unlock it, inside Celenia’s Blessed Blade and relic bolt Pistol “Wrath of the Emperor” is held.
Due to the significance of the wargear, when Celenia is slain, her equipment is returned to this chest, locked and they key is held by Palatine Caya, Celenia then has to return to Caya, who unlocks the chest and returns her weapons to her.


@James off topic but I went to me local Warhammer store and bought a couple. If you want I can post a bottle of wraithbone to you for rrp + postage?
That was the reason I bought them, so I could get it to people who need it without them getting bent over

Super generous of you mate but i dont think id use it. Ill need some vallejo grey or black primer for da airbrush. Just need to get off my butt and get some

thanks though!
ldubya344 liked this