This challenge is designed as a simple and low-stress way to help keep you motivated and painting throughout the year, with a simple of goal of "at least one finished model per month". Nice and simple!

There are a couple of rules, but they're also easy to work with:
1. For each month you intend to take part you swear an oath (because we like to be dramatic!) to complete at least one model. By 'complete' I refer to the model being both painted and based to a standard that you would call 'finished'. Oaths will be made at the beginning of each month, providing that any prior models have been completed.
2. For each oath undertaken you must supply a photo to show that your model is not already complete. Ideally your models should still be on-sprue or built but not undercoated, however in the spirit of the challenge anything that's not had too much work is fine.
3. Each oath must be completed, with a second photo for proof, by the end of the month. Photos will be accepted until the 3rd of the following month (on an honour system - you should have your models finished before this) as we know that people are busy!

A couple of additional things to note:

Your oaths don't have to be linked, or be related to any armies you're collecting. It doesn't matter what you paint, so long as you do!

You can swear to paint as many models as you wish, you don't have to limit yourself to only one per month. However you are then bound to that oath, and must complete all the models or face the possibility of failure!

In the event that you fail to complete your oath then you will have failed for the month, however you can still take part in the following months! You can even use the next month to finish and redeem the last month's failed oath, if you wish!

Should you fail an oath, you have the option the following month only to swear an oath of redemption: if you complete the model/s in your original oath then the month of the original oath is considered redeemed. This then leaves you free to make a new oath for the current month.
(for example an oath failed in June can be retaken (or 'redeemed') in July. Upon completion of the oath the month of June is then considered passed (or 'redeemed'), leaving you free to make an oath again for July)

For those who wish to paint very large models (like titans, for example) you may make a three or six month pledge. So long as you complete the model within the sworn time-frame you are considered to have completed the challenge for all months.
Note: all oaths must be completed by the end of December, so don't make a six month oath in November!

Oh, and you don't have to take part every month, but it would be nice if you did!


So, here's how it works.
At the start of the month I will make a topic announcing that oaths can be made. Each member taking part should then reply like so:

I {MEMBER NAME} do take an oath for the month of {MONTH} to complete {MODEL/S}, for the glory of {YOUR PATRON OF CHOICE}.
[PICTURE]

The formatting is of course very important for the overall dramatic effect!

I will keep a record of all the oaths, and can mark each member as having completed theirs when they reply again with a finished photo. We then repeat the process each month, while I keep a running tally of everybody's achievements.
Each month's topic will be used for making your oaths, showing us your work-in-progress updates, encouraging each other and also for submitting your finished photos.

Oh, and did I mention the reward badges?!
There are four badges you can earn from this contest - you'll likely be familiar with them from last year, but if not I'll let you wait for the surprise. Each badge will be awarded a maximum of once, regardless of the number of times you meet the criteria.
For the sake of ease these badges will be awarded at the end of the year, rather than at the end of each month - otherwise I end up getting confused and it's just a headache all round

So now that the wordy bit is out of the way you're free to start making oaths for the month of January!
MedMos liked this
Paying full price for your models, paints and tools? Don't!
Use our banners after the first post or at the bottom of the page for 22% off RRP, and 25% off pre-orders!

I moved in2021 to be closer to my daughter and found a new gaming group, they're really ace and through them I've finally found a game I can convince my dad to play. So this month I'm painting the battle for the Pacific box of victory at sea.

Here is them at this point today. It's going to a simple job but since they're tiny they'll look fine.

So consider this box my pledge. 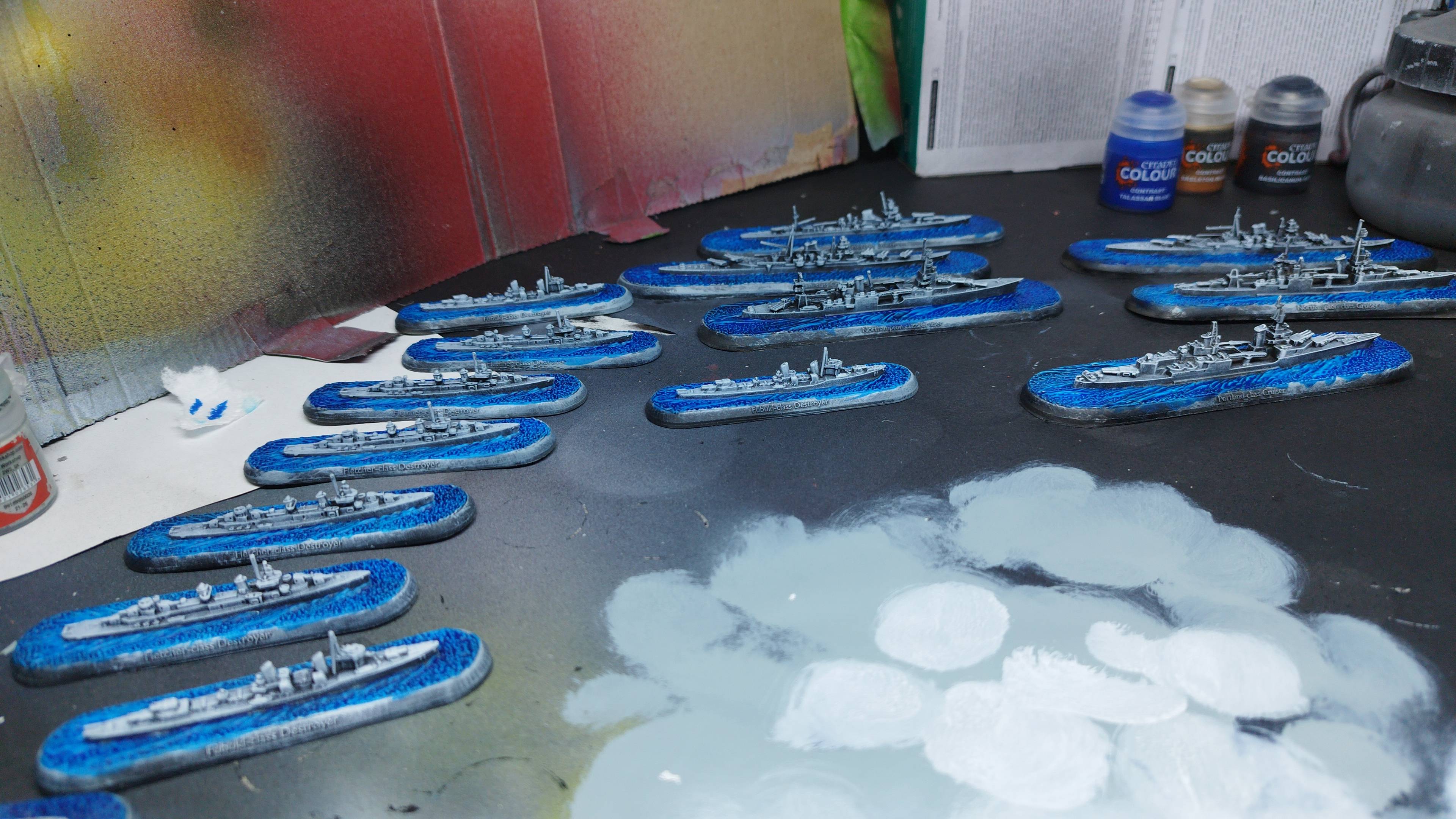 20 Jan 23, 21:22
I know this is just a trust thing, I have finished these ships to play Victory at Sea with my dad, I've taken them to his house however so I can't get pics. I hope this is ok.

Reply
Return to “Board Events”