25 Nov 21, 00:10
Thought I would post my orc army. Currently all grey really need to work on pushing myself to paint some more. 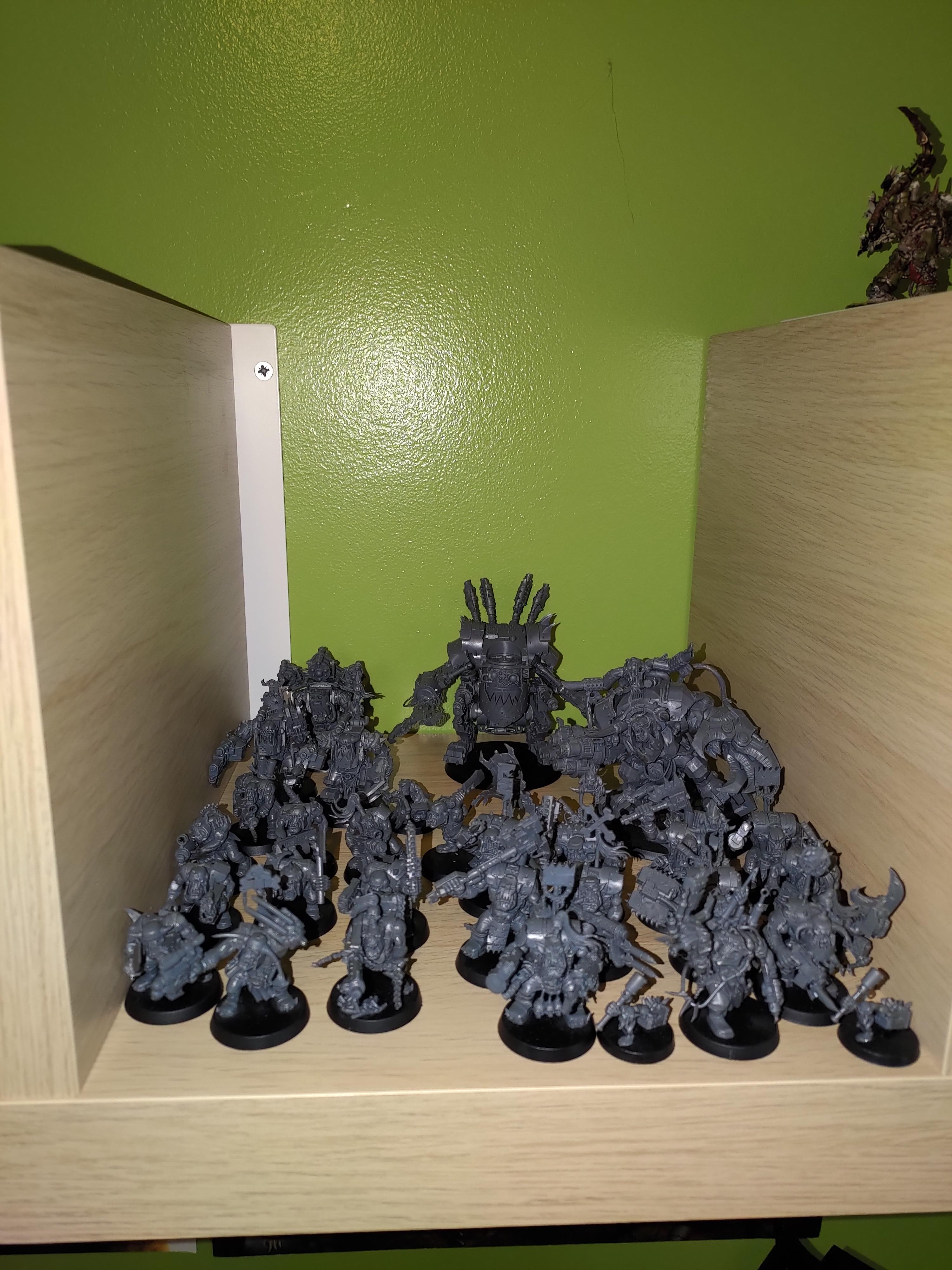 27 Nov 21, 12:24
Since colour is very important it seems I'm not sure how I want to paint them. I need to do some reading on them still since I don't know much about orcs clans.

27 Nov 21, 14:08
Important colours:
Green - the best colour. It must be, because Orks are green!
Red - red wunz go fasta! Evil Sunz and Speed Freakz like red.
Blue - blue is lucky. Those robbing gits the Deathskulls like to paint themselves in it.
Black - black is the 'ardest colour, which is why Goffs wear it (other colours are for wimps!)
Yellow - yellow is flashy, which is why Flash Gitz are usually yellow. Yellow also makes explosions bigger, obviously. Bad Moons are flashy cos they grow teef faster.
Purple - purple is ultra-sneaky. Ever seen a purple Ork? Exactly!
Camo - Blood Axes wear camo (of many wild colour patterns) because they're copying stupid humies. Not very Orky!

You don't have to have a single main colour through your army (or even an individual squad) but plenty choose to. Even a predominantly Goff army can have elements from other clans - there's nothing to say that a Bad Moon tribe isn't paying the Evil Sunz to help out, or the Goffs aren't making the Deathskulls fight with them by force.
Paying full price for your models, paints and tools? Don't!
Use our banners after the first post or at the bottom of the page for 22% off RRP, and 25% off pre-orders!

28 Nov 21, 13:29
Ya I am doing to paint them green it deffently is best! I was debating between yellow and/or purple. Maybe I'll used a mix of them based on squades. But I was wondering what scheme to give Ghazghkull he's only black really in the photos.

Are you intending to paint up Ghaz as himself (in which case Goff black is pretty much standard) or your own Warboss?
Paying full price for your models, paints and tools? Don't!
Use our banners after the first post or at the bottom of the page for 22% off RRP, and 25% off pre-orders!