Converted Heretic Astartes For A Friend

04 Dec 21, 11:33
A Maulerfiend conversion I've been working on-and-off with for a Skaven-collecting friend of mine, known as Johan von Elak online. It's based on a sketch he drew. My buddy magnetized a rectangular base so that it could be used as a K'daai Destroyer.

He was so eager about the conversion that he managed to sneak it past other projects in my queue... Still, the sculpting was surprisingly quick work and was over before you knew it. Couldn't have done it so fast three years ago: 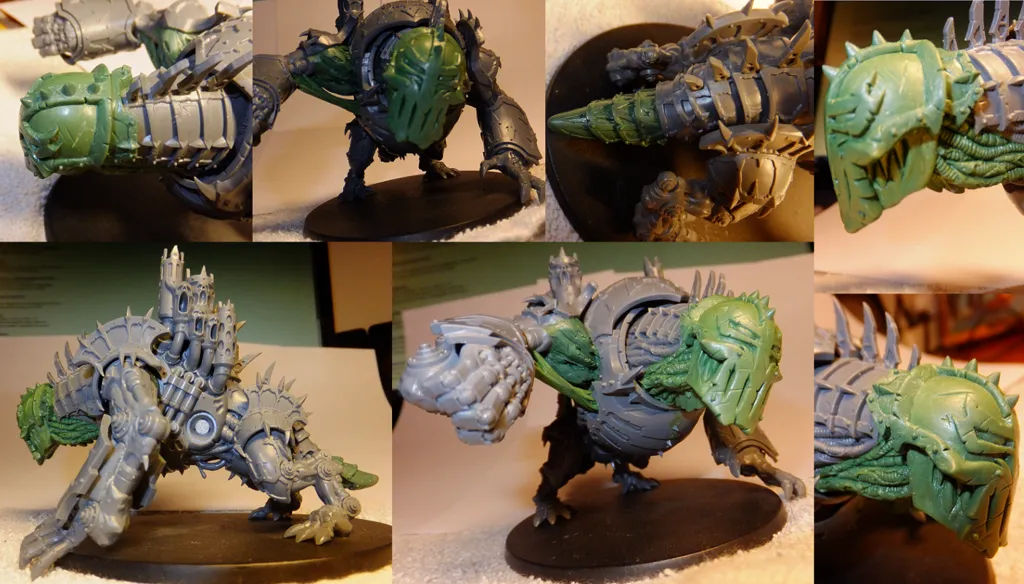 And here's the painted version, alongside his brother. Not painted by me (though the Squats in the foreground are):

The CSM-collecting friend, let's call him J.A.B, inspected the newer starter kit Chaos Space Marine lord and Khârn, as well as the new Primaris Marines and probably a few older Space Marine character sculpts. He concluded that hip armour looks good and solves the silly look achieved by the thin thighs of plastic Space Marine legs. Some weeks ago, he visited his parents, brought a gaggle of heretical Marines and asked me to make hip armour on them. Quicksculpted, without time-consuming rivets, difficult spikes or suchlike. He was content, and after returning home to his study town he sent down Berzerkers to receive like treatment, and a FW Necron centipede which needed replacement antennae. I've tinkered with them since they arrived yesterday.

Below are the results. Note "KIL KIL KIL" on the knife Berzerker's segmented plates. Also see his painted Lord of Change. 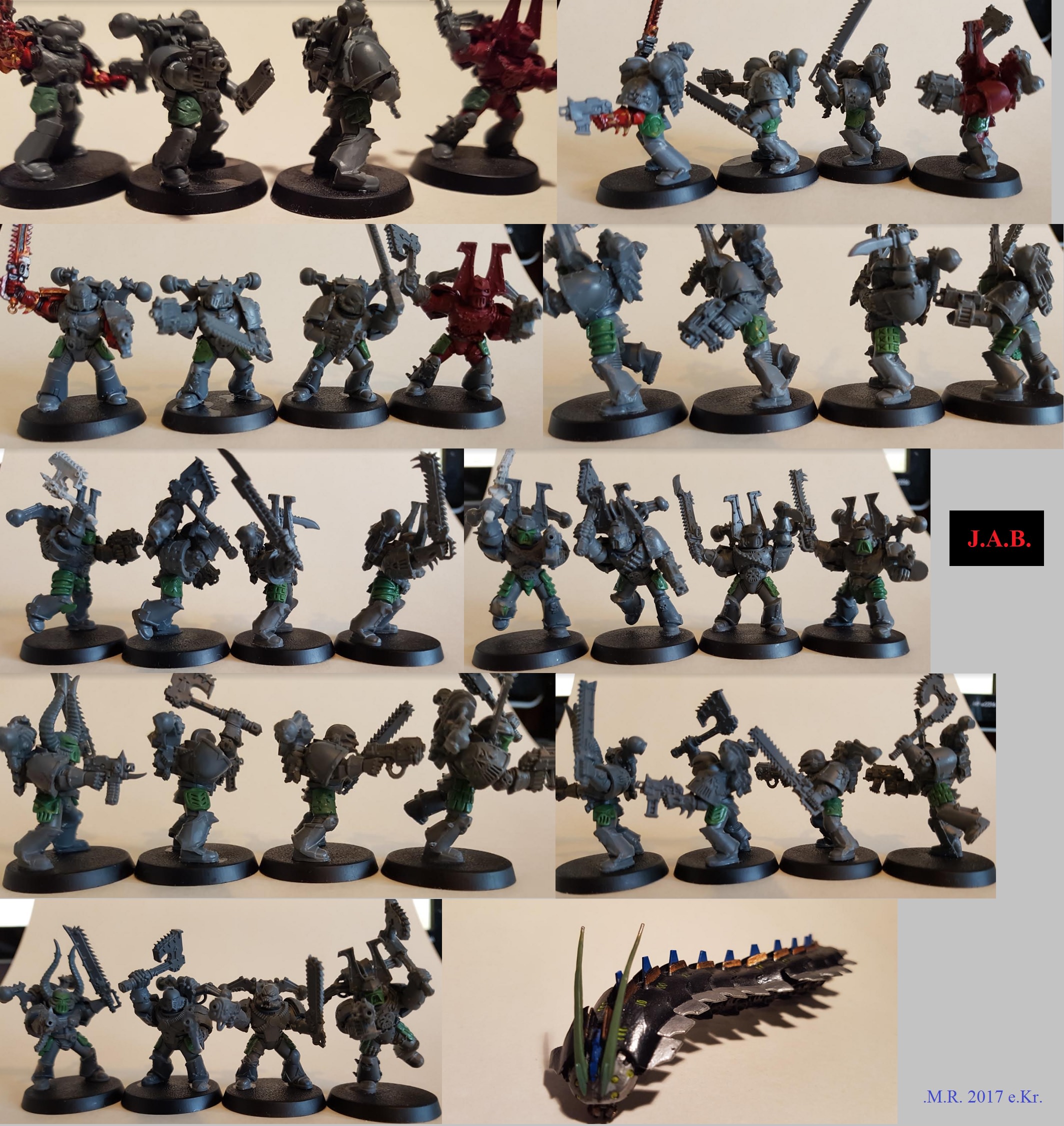 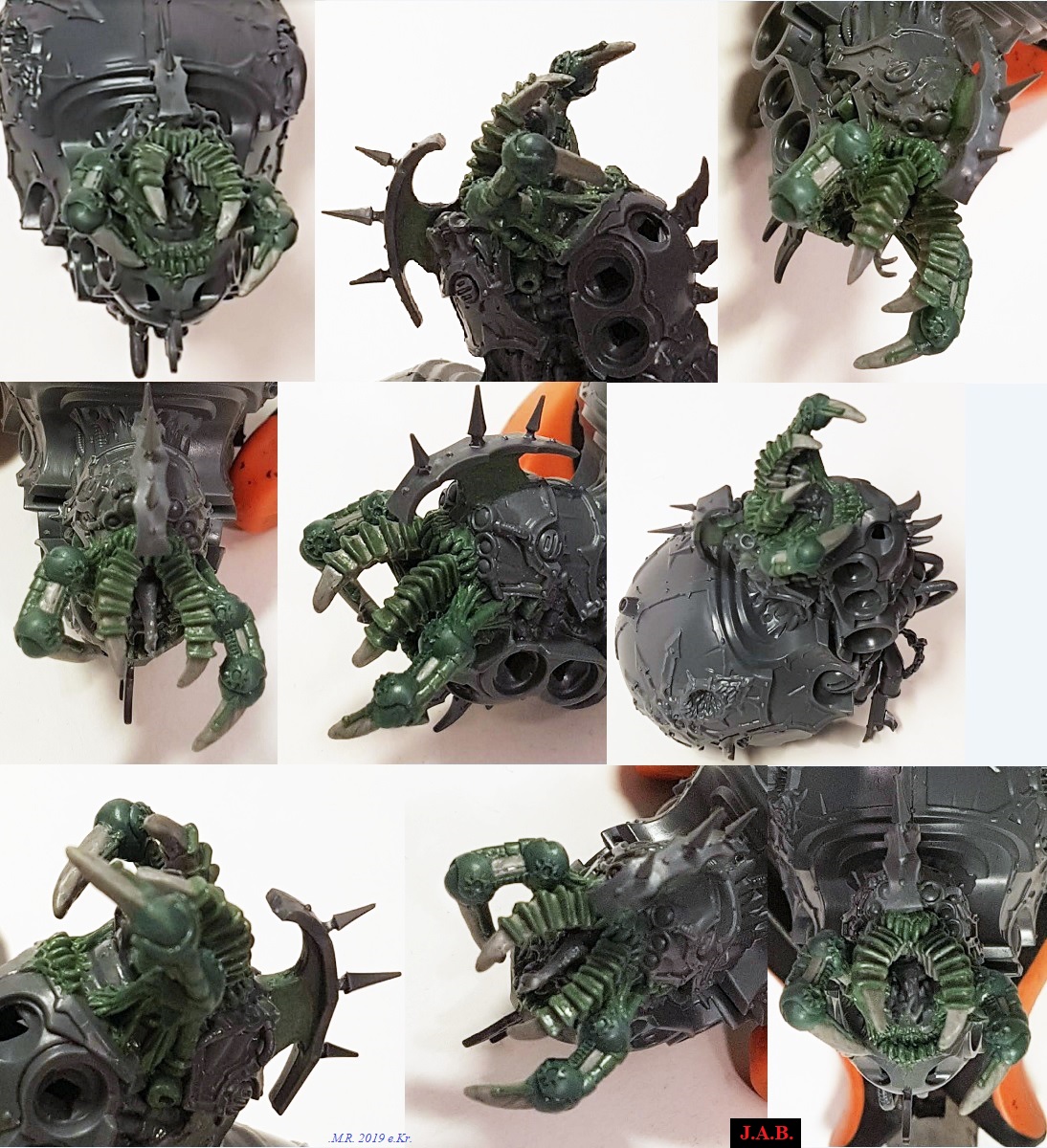 Now painted by him: 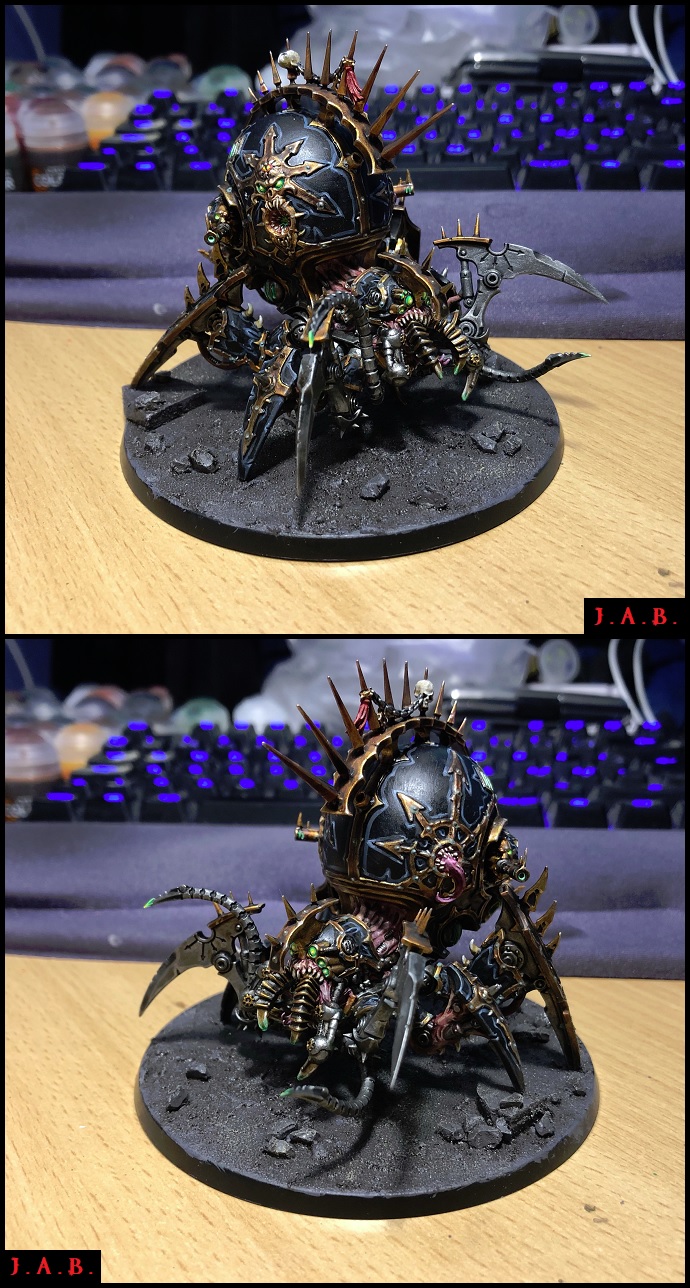 Converted Slaaneshi Daemonprince for a friend: 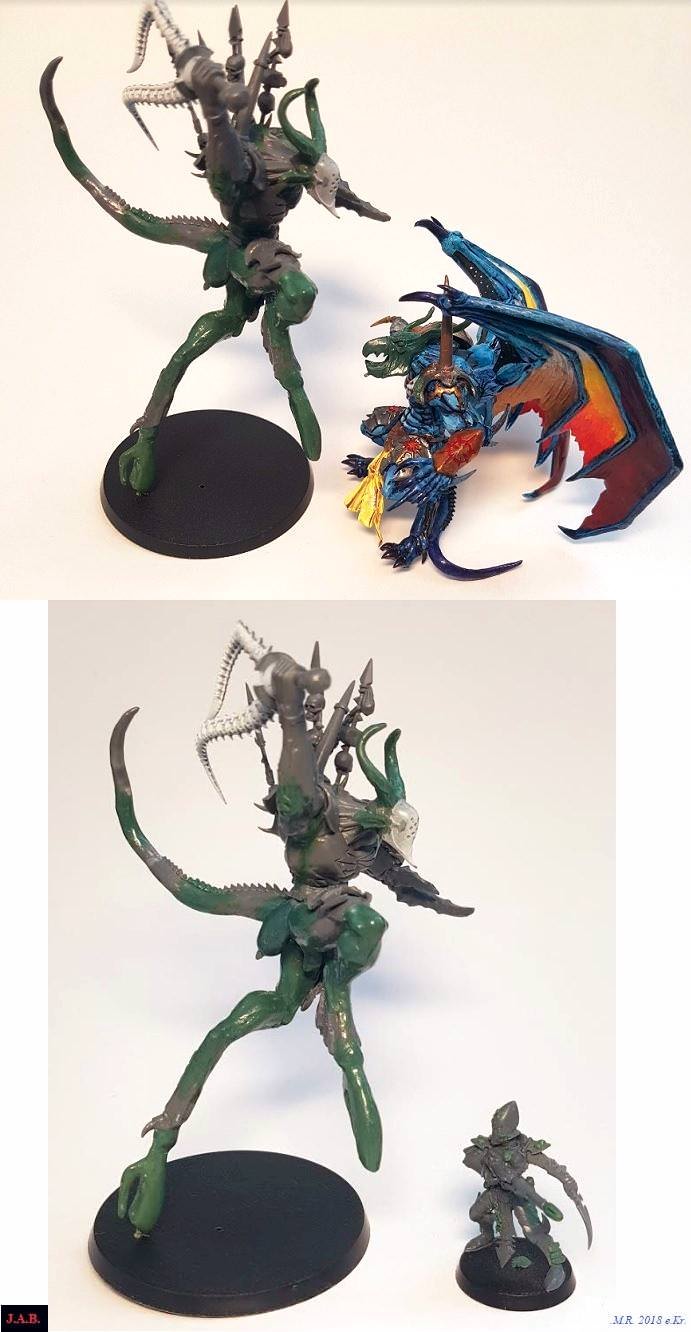 My friend told me to axe the @$$ and instead go for a lean Daemon Prince of Arrogance look, not Lust. As per his instructions, there is now also shin armour plates with images of Elf torture: What else? I also added two lone flowing pteruges dangling from its belt. I'll show you the painted end result whenever he finish this creation: 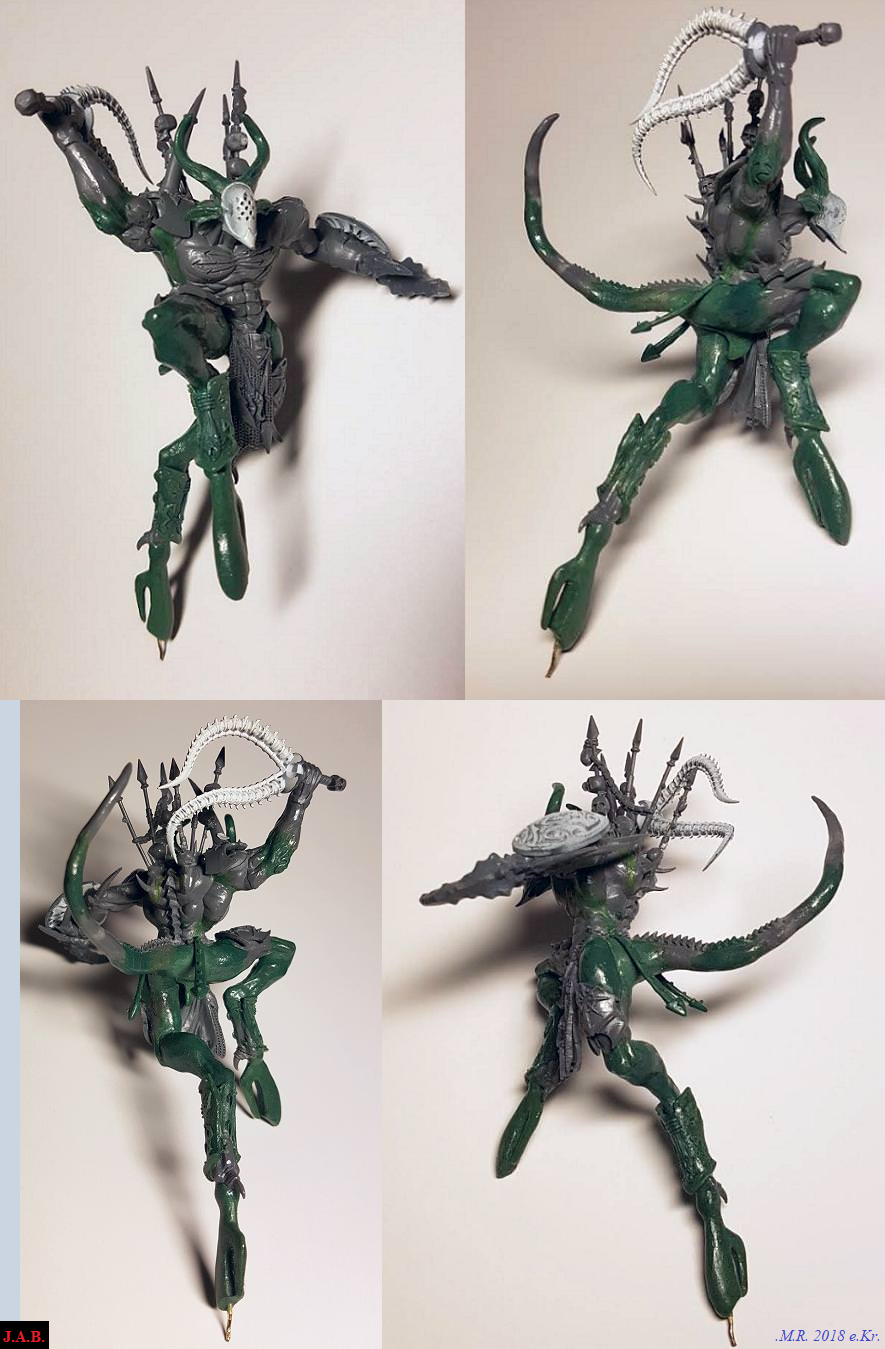 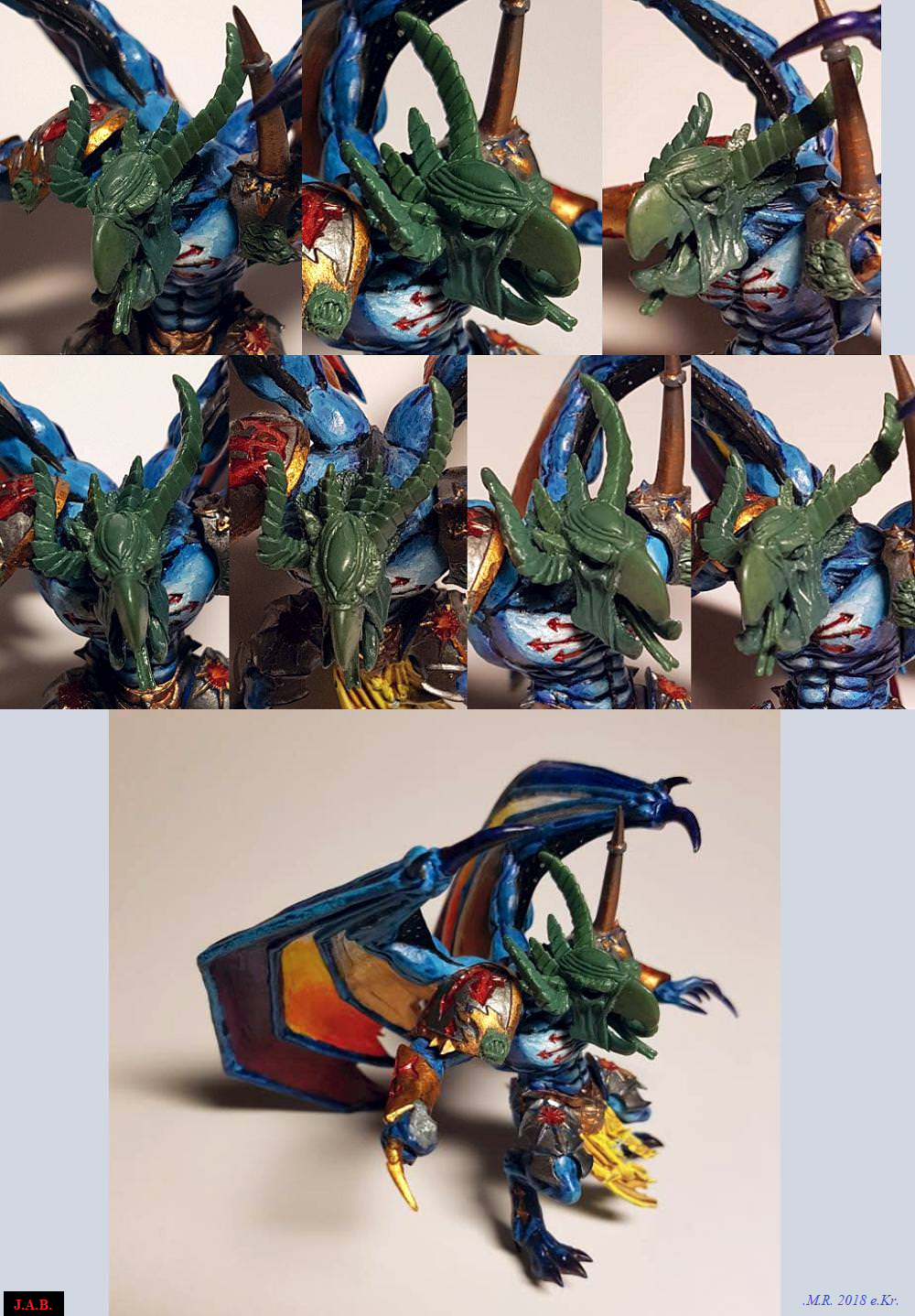 The Maulerfiend is really nice. The head is superb, but I also like how you've managed to replicate the armour plating that's already there well enough that it looks like part of the original sculpt.
The pads actually add a lot more to the (horrifically) old Berzerker sculpts than I would have expected. Maybe I'm still just a little rose-tinted when it comes to 90s Marines

The daemons are ridiculous though! @James will be asking you to work on his Prince next!