Blast from the past!

For any other hobby talk that doesn't quite fit in the forums below.
Reply
Share

21 Jun 20, 12:52
So today I managed to pick up my old warhammer boxes from the mid to late 90s when I was around 9 or 10. Please forgive the Dalmatian print blood angels vehicles.. I thought they were totally boss at the time!!
I cannot forgive the awful conversions... poor mephiston and poor dante.... 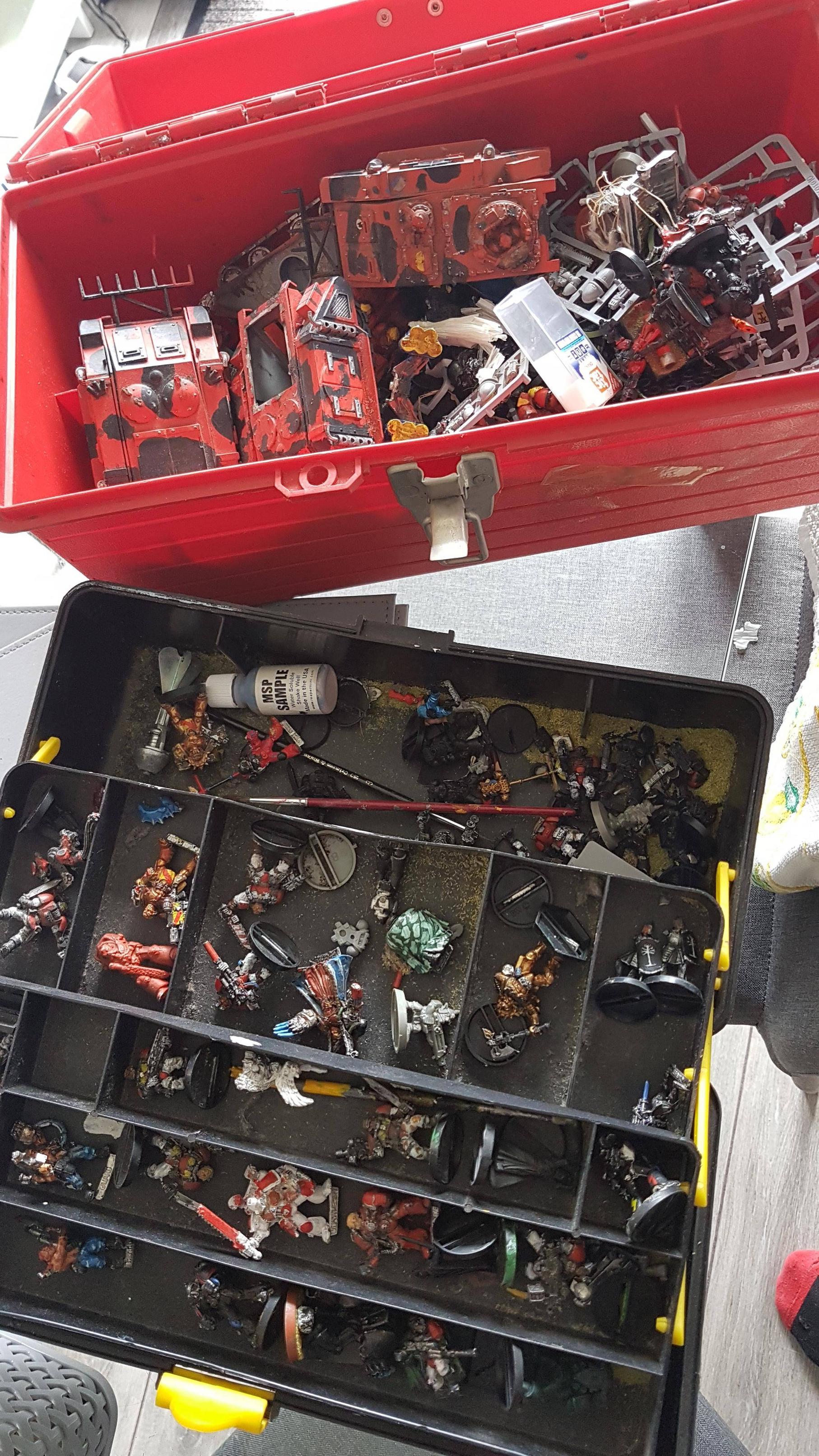 There's mostly space marine stuff here. With some sister's of battle. Abit of ork stuff. And I think I managed to pick up some fairly well painted eldar back when eBay was in its infancy and you could get bargains very easily.
I'll get all the bits out for the "big reveal" later

I'm counting a Rhino, a Whirlwind, maybe a Predator or a Razorback in the middle? (basing that on the flat hatches at the front)
At least 10 metal scouts (standard box, bolters, shotgun, snipers, heavy bolter!), nearly a full Command Squad, what I think is an RT-era Terminator Captain, Catachan Captain/guardsmen (love those sculpts, mine need some love!) and the previously mentioned characters... Plus what looks like the body from an old Fantasy Knight?
That in itself is quite a haul, even without anything being hidden!

And having one last look I've seen the speeder hiding in the depths too, nice!
Paying full price for your models, paints and tools? Don't!
Use our banners after the first post or at the bottom of the page for 22% off RRP, and 25% off pre-orders!

The red box is pretty deep too so alot in there to get excited about.
I may use one of the tanks for conversion project for a nurgle rhino which I showed you before.
Not sure what I'll do with the rest as I'm not so keen on all the metal these days!!! And I like all the shiny new stuff haha.

21 Jun 20, 20:37
Thinking about it, it can't be a predator as both variants had the turret to the front. So that narrows it down to rhino (with flat hatches), Razorback, maybe another Whirlwind?
I'm looking forward to seeing what you've found!

Being a classic sculpt it would fit in well with a Chaos force as a Heresy relic.

And the old metal stuff is a pain to work with, but I like it just for the nostalgia factor.

Oh, and about that Whirlwind - I'm going to need a copy of that front top plate and the radar dish!