01 Aug 2020, 11:50
If you're looking for speed then airbrushing in batches using sub-assemblies, and maybe zenithal rather than edge highlights? Use washes (or enamels, like @Lovecraft0110's HH WE tut) and contrast more than layering and edging where you can.
Paying full price for your models, paints and tools? Don't!
Use our banners after the first post or at the bottom of the page for up to 25% off RRP!
Then bag yourself double reward points with code PAU6006 - simple! =]

I have almost 5 armies now... death guard, space wolves, new necrons, a few custodes, small contingent of daemons... new chunk on marines from indomitus... oh and a good chunk of regular old chaos marines.
I've been painting fairly seriously for about a year and I'm maybe half way through my death guard... which is the biggest army I have but.. I need to find some ways to get the rest of them battle ready without spending years.. I've got colour shift paints which I really want to use and I think will save me alot of time which a couple of these armies. 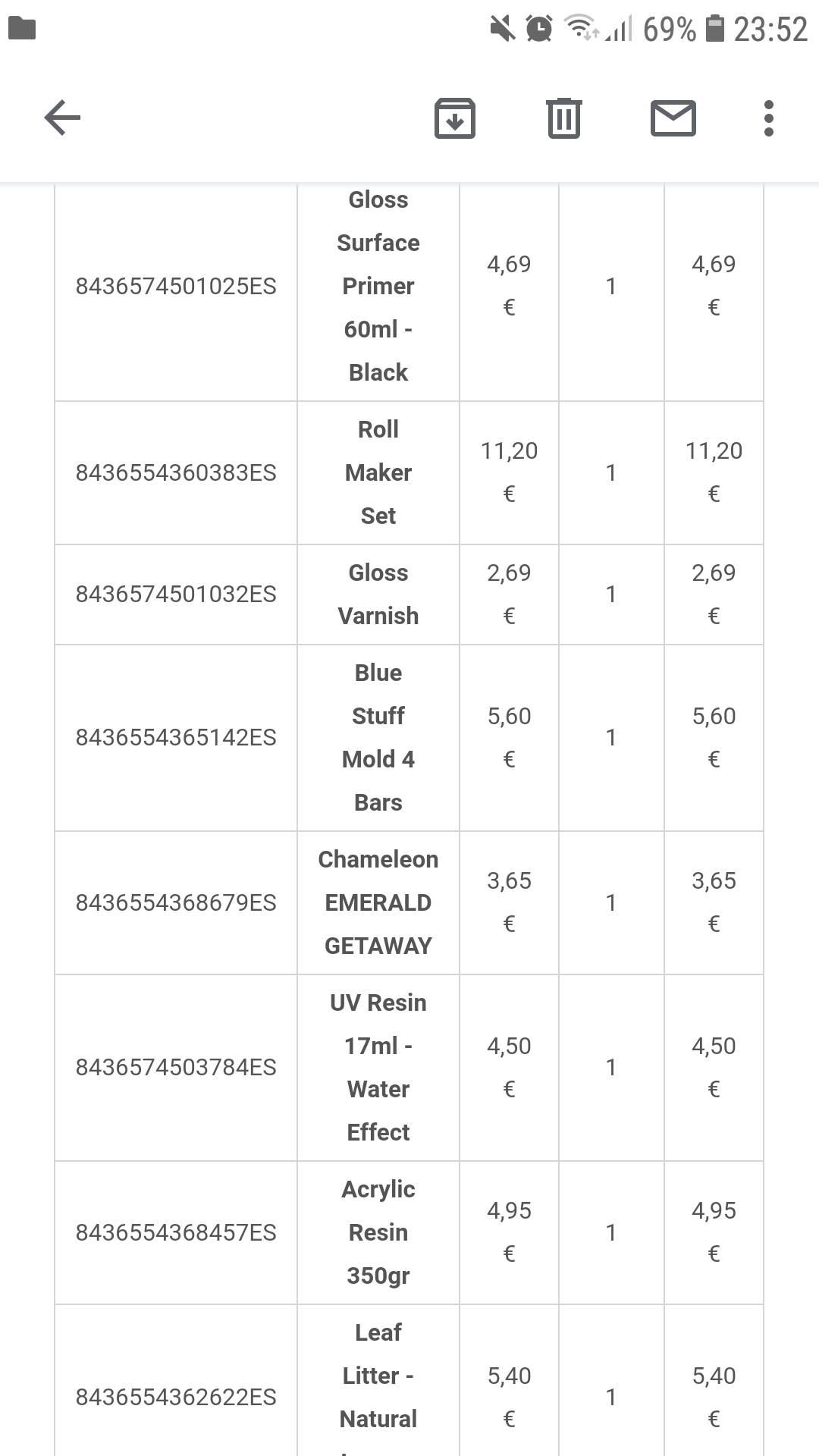 TITHI have managed to find half an hour to start cleaning up and assembling some Orks! It's slow going though, only two ready so far - mould lines are killing me!
I tried out some liquid poly for the first time (found an old jar of the Humbrol stuff) and aside from the brush being useless it's much nicer than 'traditional' poly cement. Going to either cut the brush into a point or find an old brush to use with it.

Edit:
Forgot to place my order earlier, which is annoying as I'll now have to wait an extra day, but I've just finalised this order.

All the Contrast!
(I removed the poly cement so that it would post faster)
Paying full price for your models, paints and tools? Don't!
Use our banners after the first post or at the bottom of the page for up to 25% off RRP!
Then bag yourself double reward points with code PAU6006 - simple! =]

Not yet but can get them off ebay super cheap... hopefully not awful quality tho. No rush on that as nothing requires basing at this point. But thinking of doing a fully submerged base next like Enrique suggested.

Nice. Whens your contrast stuff due? Have you got a painting space back?

Oh also. I ordered this the other day.
https://www.ebay.co.uk/itm/Mini-LED-Lig ... 1d94e91dff
As I was tired of emptying that shoe box. Hope its going to an improvement!

Not much to show yet, spent more time cleaning than assembling, and only got an hour or so in. Still, nearly four of the ten boyz ready.
Poly cement is what most GW hobbyists would refer to as "plastic glue". I'm going to swap to really thin brush-applied stuff instead. Tamiya apparently make the best on the market but for now I have some Humbrol stuff with an awful brush, and it's still a step up.

Contrast stuff will arrive Thursday, and no!

today's efforts were achieved with a cutting mat on the sofa, too much bending over and being very careful not to spill open glue!

Ooh, I like that! I wanted something years ago to take photos in, and something like that would be perfect. Shame they're out of stock

05 Aug 2020, 09:43
I found those rubber brushes quite good for the liquid putty. Meant you were able to keep things smooth. Altho one of the 5 brushes has fallen apart already. Lol.

Whats the plan for hobby space then?

I think there's tonnes of same thing on eBay. But will get some pics up when it arrives so you can see if its worth bothering with. Good that it folds away tho!

Currently nothing concrete. Need to find a dining table that matches the new decor and is actually affordable, and it's turning out to be more difficult than expected. On the rare occasion that I have free time around work/life I'll find a way though!

Space being at a premium is always the biggest factor, so if it turns out to be alright I'll keep an eye open

James liked this
Paying full price for your models, paints and tools? Don't!
Use our banners after the first post or at the bottom of the page for up to 25% off RRP!
Then bag yourself double reward points with code PAU6006 - simple! =]